The White House Must Respond to Netanyahu’s Important New Proposal 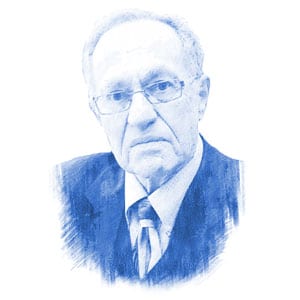 I was in the House gallery when Israel’s Prime Minister Benjamin Netanyahu delivered a logical and compelling critique of the deal now on the table regarding Iran’s ambitions to obtain nuclear weapons. He laid out a new fact-based proposal that has shifted the burden of persuasion to the White House.

With logic that seems unassailable, Netanyahu has said that the alternative to this bad deal is not war, but rather “a better deal that Israel and its neighbors might not like, but which we could live with, literally.” Netanyahu then outlined his condition for a better deal: namely that before the sun is allowed to set on prohibiting Iran from developing nuclear weapons, the mullahs must first meet three conditions: stop exporting terrorism, stop intruding in the affairs of other countries, and stop threatening the existence of Israel.

If the mullahs reject these three reasonable conditions, it will demonstrate that they have no real interest in joining the international community and abiding by its rules. If they accept these conditions, then the sunset provision will not kick in automatically but will require that Iran demonstrate a willingness to play by the rules, before the rules allow it to develop nuclear weapons.

Instead of attacking the messenger, as the White House has done, the Administration now has an obligation to engage with Netanyahu in the marketplace of ideas, rather than in a cacophony of name-calling, and to respond to Netanyahu’s argument on its merit. There may be persuasive responses, but we have not yet heard them.

The decision to accept or reject a deal with Iran over its nuclear weapons program may be the most important foreign policy issue of the 21st century. Many members of Congress, perhaps most, agree with the Prime Minister of Israel, rather than with the President of the United States on this issue. Under our system of separation of powers, Congress is a fully co-equal branch of the government, and no major decision of the kind involved in this deal should be made over its opposition. Perhaps the President can persuade Congress to support this deal, but it must engage with, rather than ignore, our duly elected representatives of the people.

The Administration and its supporters, particularly those who boycotted the Prime Minister’s speech, focus on the so-called lack of protocol by which Netanyahu was invited by the Speaker of the House. Imagine, however, the same protocol for a speaker who favored rather than opposed the current deal. The White House and its supporters would be welcoming a Prime Minister who supported the President’s deal, as they did British Prime Minister David Cameron, when he was sent in to lobby the Senate in favor of the Administration’s position. So the protocol issue is largely a pretext. The Administration is upset more by the content of Netanyahu’s speech than by the manner in which he received the invitation.

This is too important an issue to get sidetracked by the formalities of protocol. The speech has now been given. It was a balanced speech that included praise for the President, for the Democrats, for Congress and for the American people. Prime Minister Netanyahu was at his diplomatic best. In my view, he was also at his substantive best in laying out the case against the Administration’s negotiating position with regard to Iran, especially the unconditional sunset provision.

The Administration must now answer one fundamental question: Why would you allow the Iranian regime to develop nuclear weapons in ten years, if at that time they were still exporting terrorism, bullying their Arab neighbors and threatening to exterminate Israel? Why not, at the very least, condition any “sunset” provision on a change in the actions of this criminal regime? The answer may be that we can’t get them to agree to this condition. If that is the case, then this is indeed a bad deal that is worse than no deal. It would be far better to increase economic sanctions and other pressures, rather than to end them in exchange for a mere postponement of Iran obtaining a nuclear arsenal.

An unconditional sunset provision is an invitation to an Iran that continues to export terrorism, bully neighbors and threaten Israel — but with a nuclear arsenal to terrorize the entire world. This would be “a game changer”, to quote President Obama’s words from several years ago, when he promised that he would never allow Iran to develop nuclear weapons. Suddenly, “never” has become “soon.” Congress should insist that any provision allowing Iran to develop nuclear weapons after ten years must at the very least be conditioned on a significant change of behavior by the world’s most dangerous regime.