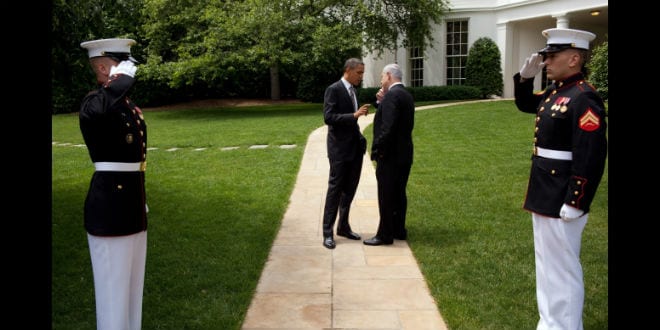 Following Israeli Prime Minister Benjamin Netanyahu’s historic address to Congress on Tuesday regarding the threat of a nuclear Iran, US President Barack Obama seemed unimpressed by the prime minister’s words of warning.

Obama told media that Netanyahu’s speech “didn’t offer any viable alternatives” to current negotiations between Iran and the P5+1.

While the president was not present nor did he watch Netanyahu’s address live, the White House confirmed that he had read a transcript of Netanyahu’s speech.

“As far as I can tell, there was nothing new,” Obama told reporters before meeting with Defense Secretary Ashton Carter.

In his speech, Netanyahu warned that the emerging deal with Iran would “all but guarantee” that the Islamic Republic become armed with nuclear weapons. The president stated that Netanyahu’s speech on Tuesday was very similar to other speeches speaking out against the interim deal with Iran.

“We don’t yet have a deal. But if we are successful, this will be the best deal possible with Iran to prevent Iran from having a nuclear weapon,” the president stated.

“On the core issue, which is how do we prevent Iran from obtaining a nuclear weapon, which would make it far more dangerous and would give it scope for even greater action in the region, the prime minister didn’t offer any viable alternatives,” he said.

Netanyahu’s acceptance to speak to Congress erupted into a whirlwind of controversy. The Obama administration condemned the invitation extended to Netanyahu by Republican Speaker of the House John Boehner, who did so without the explicit permission of the White House.

In a snide comment aimed at Netanyahu, Obama said that the US system of government runs its “foreign policy through the executive branch and the president, not through other channels.”

Following the speech, several US officials spoke out against Netanyahu’s address. One unnamed senior Obama official told CNN that the prime minister’s speech had “literally not one new idea, not one single concrete alternative, all rhetoric, no action.”

House Minority leader Nancy Pelosi (D-IL) said that she was “near tears” during Netanyahu’s speech. She described the address as an “insult to the intelligence of the United States as part of the P5+1 nations.”

Pelosi added that she was “saddened by the condescension toward our knowledge of the threat posed by Iran and our broader commitment to preventing nuclear proliferation.”