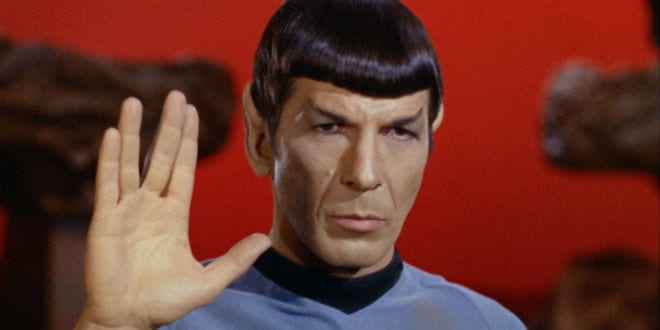 Jewish actor Leonard Nimoy, most famous for his iconic role as Spock on “Star Trek,” died on Friday morning at his home in Los Angeles at the age of 83.

Born in Boston in 1931 to Orthodox Jewish parents, who were immigrants from Ukraine, Nimoy began acting at age 8 in a local theater. In 1949, he traveled to Hollywood, where he eventually landed several small movie roles. He also served in the U.S. Army for two years, rising to the rank of sergeant.

After appearing in several small films and TV shows, including the “Twilight Zone,” Nimoy’s big break came with the premier of Gene Roddenberry’s “Star Trek” television series in 1966. His role as the half-human, half-Vulcan Spock made him a television and film icon who inspired generations of fans.

Nimoy appeared in the original “Star Trek” series from 1966-69, and then later in several “Star Trek” movies spanning from 1979’s “Star Trek: The Motion Picture” to a brief cameo role in 2013’s “Star Trek Into Darkness.” Nimoy was also known for his artistic pursuits in poetry, photography, and music.

In an interview with JNS.org in 2013, Nimoy explained the origins of his famous Vulcan hand gesture, which had come from an experience he had at a synagogue at age 8, when worshippers recited the kohanim blessings.

“The men were chanting, shouting and praying in an Orthodox service,” Nimoy said. “It was very passionate, very theatrical. I was chilled by the whole thing.”

Years later, while on the set of the “Star Trek” television show, Nimoy suggested to the director that Vulcans like Spock should offer some gesture in greeting other Vulcans.

“The director asked me what I had in mind and I suggested the gesture used by the kohanim,” Nimoy told JNS.org. The gesture went on to be accompanied by the expression “live long and prosper.”