Report: Saudi Arabia May Lend Israel Its Airspace for Attack on Iran

Home » Report: Saudi Arabia May Lend Israel Its Airspace for Attack on Iran 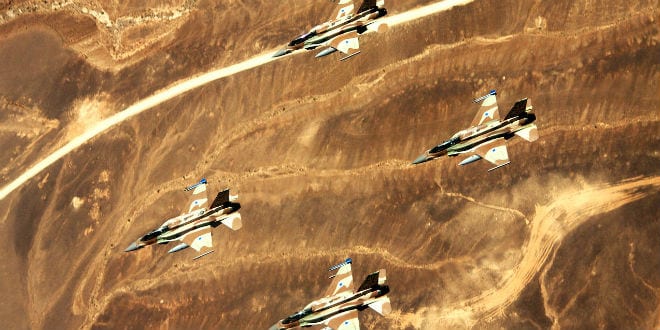 In closed talks with European lawmakers, Saudi diplomats have expressed their willingness to cooperate with Israel on a possible attack against Iran’s nuclear facilities, Israel’s Channel 2 television network reported Tuesday.

According to the report, however, Saudi officials have said that they would first need to see some meaningful progress in the Israeli-Palestinian peace process in order to muster up public support for allowing Israel to use Saudi Arabia’s airspace for an attack on Iran.

The report comes as Arab governments have expressed deep reservations about the ongoing progress in nuclear negotiations between Iran and the P5+1 powers—U.S., U.K, France, Russia, China and Germany.

According to a Wall Street Journal report last week, leading Arab countries including Saudi Arabia, Qatar, Egypt, and the United Arab Emirates have said that any nuclear deal that allows Iran to retain its capacity to enrich uranium—which can be used to produce a nuclear weapon—would likely force them to develop their own nuclear capabilities.

One Arab official told the Wall Street Journal that the Arab states would prefer a collapse of negotiations with Iran over a bad deal, echoing the sentiment of Israeli Prime Minister Benjamin Netanyahu, who has heavily opposed the possibility that Iran may retain some aspects of its nuclear program in a deal with world powers.

But U.S. Secretary of State John Kerry has dismissed criticism of the nuclear talks, saying that America would never allow Iran to retain the ability to produce nuclear weapons.

“This is our policy: Iran will not get nuclear weapons. Anyone going around saying that they don’t like the deal, doesn’t even know what the deal is. There’s still no deal at all,” Kerry said.