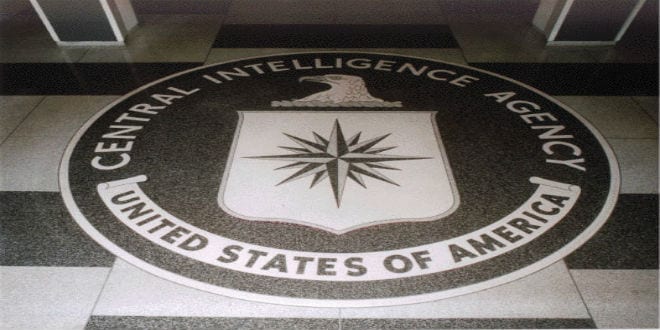 Despite an official US ban on contacting or working with the Hamas terror group, newly revealed spy cables show America’s Central Intelligence Agency was eager to do just that, The Guardian reported Monday.

The leaked files show the CIA was “desperate to make inroads” and recruit agents within the designated terror group in control of the Gaza Strip.

The cables, obtained by the Al Jazeera network, were the result of a 2012 meeting between a CIA officer and a South African State Security Agency (SSA) representative. The meeting took place in East Jerusalem, during a period of violent clashes there.

The SSA agent sent a cable back to Pretoria on June 29 of that year, saying his CIA counterpart “seems to be desperate to make inroads into Hamas in Gaza and possibly would like SSA to assist them in gaining access.”

The CIA appears to have been interested in taking advantage of South African ties with Hamas, which it has maintained since apartheid ended. In exchange, the SSA agent wrote, “SSA stand the chance of benefiting from that interaction in that we would establish the collection priorities and requirements of LS829 [the South African codename for the CIA].”

Although it is illegal in the US to support a designated terrorist group such as Hamas, the CIA actions may not violate the law, as it was attempting to recruit agents from within the organization.

According to a spokesperson,  “[The] CIA supports the overall US government effort to combat international terrorism by collecting, analyzing and disseminating intelligence on foreign terrorist groups and individuals. [The] CIA conducts those intelligence activities in compliance with the United States constitution, federal statutes and presidential directives.”

Another leaked document included a report that US President Barack Obama had “threatened” Palestinian Authority Chairman Mahmoud Abbas regarding the PA’s 2012 bid to achieve “non-member observer status” in the United Nations, a move which paved its way to applying to join the International Criminal Court.

The report details a meeting between an SSA agent and a Palestinian intelligence agent, where the latter gave the former a transcript of a phone call between Abbas and Obama in which “President Obama threatened President Abbas if he goes ahead with the UN bid”.  Additionally, it expressed the PA’s discontent with the SSA’s ongoing relationship with Hamas.