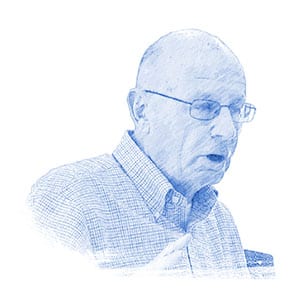 Barack Obama is not a Muslim, but, he shows signs of a Wannabe.

He emphasizes his middle name and his father’s origins when talking to Muslim audiences.

That’s not a sin, but an effort to establish identity. He’d be a lousy politician if he didn’t play that game.

However, he also contributes to the delusion of himself, and others with his frequent assertion that the war against terror is not about Islam.

He says, “They are not religious leaders; they are terrorists.”

No doubt that they are terrorists, but they are also religious leaders, capable of recruiting people and sending them into battle or suicide, with heroic expressions of Islamic history, doctrine, and eventual conquest of the world.

Obama labels ISIS “violent extremists,” and adopts the Muslim line that they have “perverted Islam.”

One has to be careful. We don’t know how many of the billion nominal Muslims are inclined to violence against those labeled as infidels or heretics, inclined to tolerate those who are violent, or likely to be pushed toward extremism by a frontal attack on Islam.

Notions of perverted or distorted doctrine might be applied to all who practice one or another variety of Judaism, Christianity, or Islam. All rely on centuries of created and interpreted spiritual doctrine, much of it fuzzy, with passages that lend themselves in support of peace, war, socialism, capitalism, tolerance or hatred.

We don’t know how many of ISIS fighters or supporters are knowledgeable about the doctrines of Islam, or are attracted by the thrill of joining a crusade.

A counter crusade against Islam would not be wise, but neither is demanding that we put our heads in the sand.

The terrorism many of us would like to defeat comes from, has its support, and is arguably inherent in Islamic doctrines.

To be sure, there are other doctrines of Islam that oppose what the promoters of ISIS et al proclaim.

Insofar as virtually all of the terrorists now active are Muslims, it would appear best to follow the line of Egyptian President al-Sisi and enlist Islamic leaders to work against their violent co-religionists, who are making life uncomfortable for moderate or nominal Muslims who may be the large majority. al-Sisi is also doing as much as anyone in acting forcefully against Islamic violence. It’s not pretty, wouldn’t pass muster for being politically correct and showing appropriate concern for innocent civilians, but it may be more effective than Obama’s effort to combat ISIS from a distance, without boots on the ground, and seeking solution by pleading for increased individual opportunities..

The US President is doing his utmost to minimize involvement. He authorizes air strikes, and uses US troops to train the soldiers of Arab countries, perhaps on the soil of Turkey if that country agrees to join his coalition. Obama’s rhetoric might pass muster in a school debate, but it doesn’t ring out as world leadership.

“We have to confront squarely and honestly the twisted ideologies that these terrorist groups use to incite people to violence . . . We need to find new ways to amplify the voices of peace and tolerance and inclusion, and we especially need to do it online.”

I have received two e-mails from Abraham Foxman, addressed to Dear Ira, headlined “We’ve got a seat at the table,” going on to say that:

ADL was honored to present critical information to the Countering Violent Extremism Summit at the White House, a meeting convened by the President to develop an action plan to address the phenomenon of violent extremism here and overseas.”

The note closed with ADL’s conventional request for money to help the organization continue its good work in our behalf.

Can I refer to him as Abe, and bring to his attention that even the New York Times is doubtful?

“Despite the president’s call to arms, many of the leaders and officials attending the conference expressed doubt about the ability of the Obama administration to counter extremist messages, particularly from the Islamic State, which has a reach and agility in social media that far outstrips that of the American government.”

There is another head in the sand element in the current war against terror. It appears in efforts to avoid the nasty label of anti-Semitism.

There are historians who make the point that Jews fared better under Muslim rule than under Christianity. Maybe. It’s not an easy call. There were pogroms and campaigns to convert or die in the Middle East as well as in Europe.

There should be no doubt, however, that Muslims are now the leading advocates of anti-Semitism. Whether that is all the fault of Israel for existing and succeeding amidst Muslims is another quarrel without a clear winner.

As in failing to focus on Muslims and Islam as somehow responsible for the world’s problems, the failure to describe part of what they do as anti-Semitism gets in the way of appropriate measures.

White House and State Department efforts to describe murders in the Paris kosher market a “random shooting in a deli” deserve condemnation as approaching the sin of being oblivious to anti-Semitism.

No surprise that Jews and the New York Times are part of the problem. In response to the Copenhagen shootings, a lead paragraph on the international web site of that arguably Jewish newspaper,

“A manhunt was underway after a gunman opened fire at an event featuring a cartoonist who had caricatured the Prophet Muhammad, and another person was shot dead near a synagogue. The police, who said it was unclear if the shootings were linked.”

A later posting noted that one of the shootings occurred  “outside the city’s main synagogue  That article went on to emphasize the focus of Danish terror on those who insult Muhammad, with no mention of Jews.

Involved in the criticism of Obama and his aides in avoiding the issues of Islamic terror and anti-Semitism is the President’s concern–some would say obsession– more apparent than among other western leaders, to strike a deal with Iran. While Iran has sent troops against ISIS, the best explanation of that is Shiites fighting Sunnis. Iran also is a major source of finance and munitions for other Islamic terrorists, including Hezbollah, sometimes Hamas, and other Jihadists, frequently proclaims its enmity toward Israel, and is seen as a threat by other US allies Egypt and Saudi Arabia.

Would a frontal campaign against Islamic anti-Semitism complicate the war against terror?

The avoidance of the Jewish issue recalls the concern of Franklin Delano Roosevelt to avoid describing his war as something for the sake of Jews. That came along with limitations on granting visas to Jews fleeing Europe, and a refusal to bomb the railroads that brought Jews to the death camps.

The point is not to join the distortion that claims that FDR was anti-Semitic. That’s best left to fear mongers. In his time, the prospect of linking isolationism with anti-Semitism was a serious concern. Its present equivalent appears among Jews and others who may think that too much publicity about the Jewish issue would make things worse.

With violent Islam out of the bag and making its mess across the Middle East and down into Africa, the rest of us may be in for a long struggle. It’s not only with a concern for truth, honesty, and candor that we should call the duck by its proper name. It should also aid the pursuit of cooperation with moderate Muslim leaders if we define clearly our mutual problem.

It is clear from the statistics that Muslims suffer more than others from Islamic violence. Despite efforts to avoid ethnic profiling or discrimination, one can guess that Muslims also pay a cost in limited opportunities.

Sweeping dirt under the rug is never a good way to clean house. It shouldn’t be hard to make the case that the best way to deal with a problem is to recognize its existence.