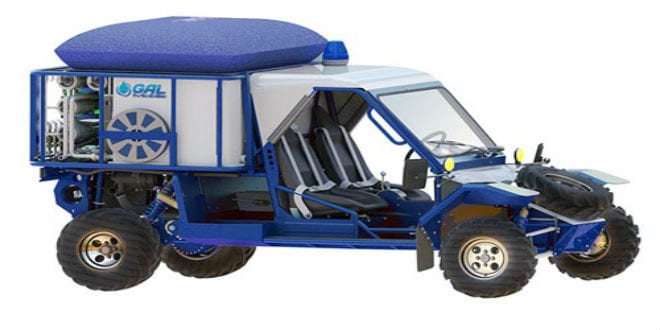 The Pacific Island nation known as the Marshall Islands will soon have its first water purification vehicle – thanks to the Israel. The Israel Ministry of Foreign Affairs is supplying desalination vehicle to the tiny nation with a population of about 70,000 people. Located near the equator in the northern Pacific Ocean, the Marshall Islands suffers from a serious water shortage, which Israel hopes to help the country overcome.

“When I was at a meeting with the heads of state of the Small Islands Developing States (SIDS) in Samoa, I met with the president of the Marshall Islands, who asked me to help his country,” explained Deputy Minister of Foreign Affairs, Tzachi Hanegbi.

On Monday, February 16, a special launch ceremony was held for the desalination vehicle which was made possible by the Hadera-based company, G.A.L. Water Technologies, Ltd. The launch, held in Hadera, was attended by Israeli government officials and the Honorary Consul of the Marshall Islands in Israel.

“This event brings together the most important fields of environment, health, and desalination, while helping and mobilizing the Ministry of Foreign Affairs to advance these issues and raise awareness around the world,” said Hanegbi. The deputy minister was pleased to be part of the launching of the first “desalination car” in the world, according to the Israel Ministry of Foreign Affairs website.

G.A.L. Technologies, which has been involved in supplying solutions in the field of water quality for the last 20 years, will soon be sending a team of experts to the Marshall Islands to help train local staff members to operate the new system. The mobile portable water treatment system for sustained emergency response and recovery can be used in remote communities and emergency situations. The system can connect to any possible water source, including rivers, oceans, brackish water and wells to produce drinking water at the standard of the World Health Organization.

In the past, Israel has also provided both agricultural assistance and medical aid to the Marshall Islands.

The Marshall Islands, along with Micronesia and Palau, are strong supporters of Israel and have consistently voted for the Jewish state in the United Nations.