Remembering Babylon: Exploring the Roots of Jewish Life in Iraq 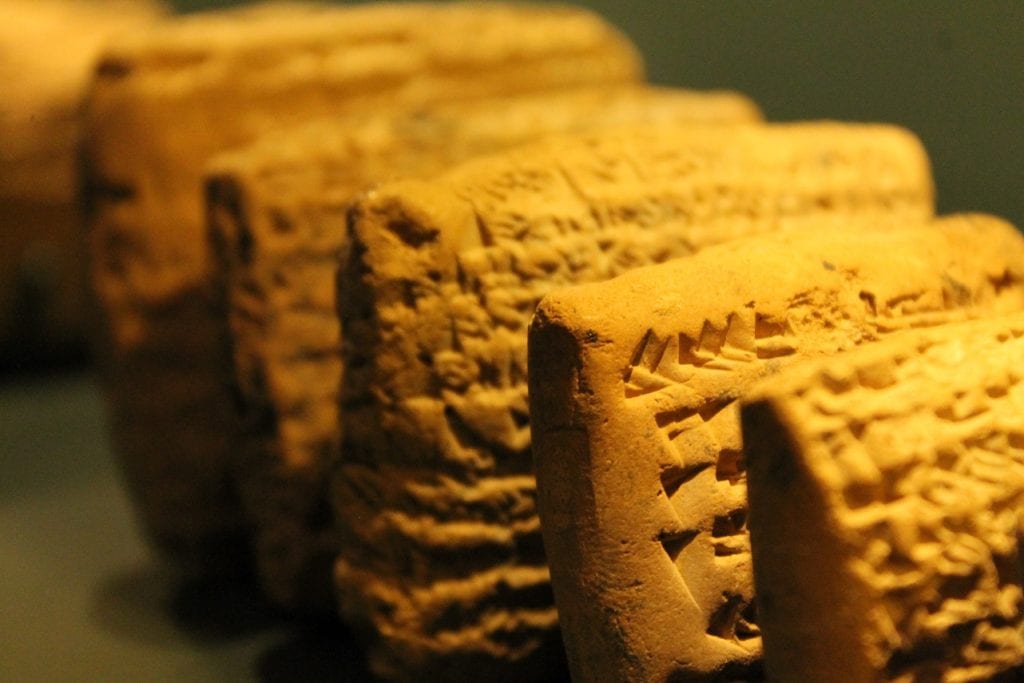 The only museum in the world, dedicated to the history of the Ancient Near East from a biblical perspective, has a new exhibition examining the Babylonian exile of the Jewish people as never seen before. The Bible Lands Museum in Jerusalem has amassed a collection of over 100 cuneiform tablets, original documents from the Judean community, which are now on display to the public for the first time.

“The exhibition shares the unique artifacts that illustrate the devastation and resilience of the exiled Judeans as they built their lives in Babylonia,” exhibition curator Dr. Filip Vukosavović told Tazpit News Agency.

“Until now we had been unable to tell the complete story of the Babylon Exile and to understand what actually happened to all the Jewish refugees once they were forced out of Judah,” said Dr. Vukosavović of the new exhibition, By the Rivers of Babylon.

The cuneiform clay tablets are known as the Al-Yahudu Tablets because most were written in the Babylonian city of Al-Yahudu (the city of Judah), located near a river.  The tablets are small in size and with text in Akkadian, the extinct Semitic language of Mesopotamia, along with occasional text in Aramaic and Paleo-Hebrew. They contain dozens of personal names of Jewish exiles, whose biblical Hebrew names are still in use today.

“This outstanding exhibition focuses on one of the most significant periods for the Jewish people; a brief chapter in time that changed the culture, cohesion, and practice of Judaism and the Jewish people,” notes Bible Lands Museum director, Amanda Weiss.

Many important elements of Judaism today originated in ancient Babylon including the Hebrew calendar and Babylonian Talmud.

“The exhibition was inspired by the loan of the Al-Yahudu Archive from David and Cindy Sofer, who entrusted the museum with the once in a lifetime opportunity to research study, publish and exhibit this important historical evidence,” she told Tazpit.

By the Rivers of Babylon, which also features innovative multi-media, original animations and local archeology from the First Temple, traces the family tree of fourth-generation Judean exile, Hagai Ben Ahiqam, all the way back to his great-grandfather, Samak Yama, who was born in Judah. One tablet describes the division of inheritance among Haggai and his brothers in Bablyon – the kind of information that Dr. Vukosavović says that one could find in a lawyer’s file cabinet today.

Hagai’s family lived in the Babylonian city known as Al-Yahudu, an important city, among many cities, which were settled by Judean exiles over 2,500 years ago, following Babylonian ruler Nebuchadnezzar’s destruction of Jerusalem and the First Temple in 586 BCE.

The earliest document on display from the Al-Yahudu archive, written barely 15 years after the destruction of Jerusalem offers a glimpse into the lives of the Judeans in exile and their relationship with the Babylonian rulers and society. The administrative and legal texts document many facets of life including business transactions, tax payments, and rentals in Babylonia, which show that the status of Judeans was one of state dependents and not of slaves.

“In Babylonia, Jews were considered quite unusual; their belief in one invisible God stood in stark contrast to the Babylonians’ belief in multiple gods that could be seen and touched,” said Dr. Irving Finkel, an archaeologist of the British Museum during a recent lecture at the Bible Lands Museum.

“Some of the best cuneiform tablets I have ever seen are in this collection,” added Dr. Finkel.

While many Jews returned to Jerusalem once the Persian King Cyrus the Great allowed them to do so in 539 BCE, many like Hagai and his family remained in Babylonia. As one of the longest surviving Jewish communities in the world, 2,500 years of Jewish history in Iraq came to an abrupt end when 130,000 Jews were evacuated to Israel during Operation Ezra and Nehemiah from 1949 to 1951. Today, there are five Jews left in Iraq.

“For Jews of Iraqi heritage, this exhibit is especially meaningful,” added Weiss.

By the Rivers of Babylon exhibit will be on display at the Bible Lands Museum Jerusalem throughout the next year.