After Losing his Legs, US Veteran Brian Mast Gets ‘Hands Dirty’ to Support Israel

Home » After Losing his Legs, US Veteran Brian Mast Gets ‘Hands Dirty’ to Support Israel 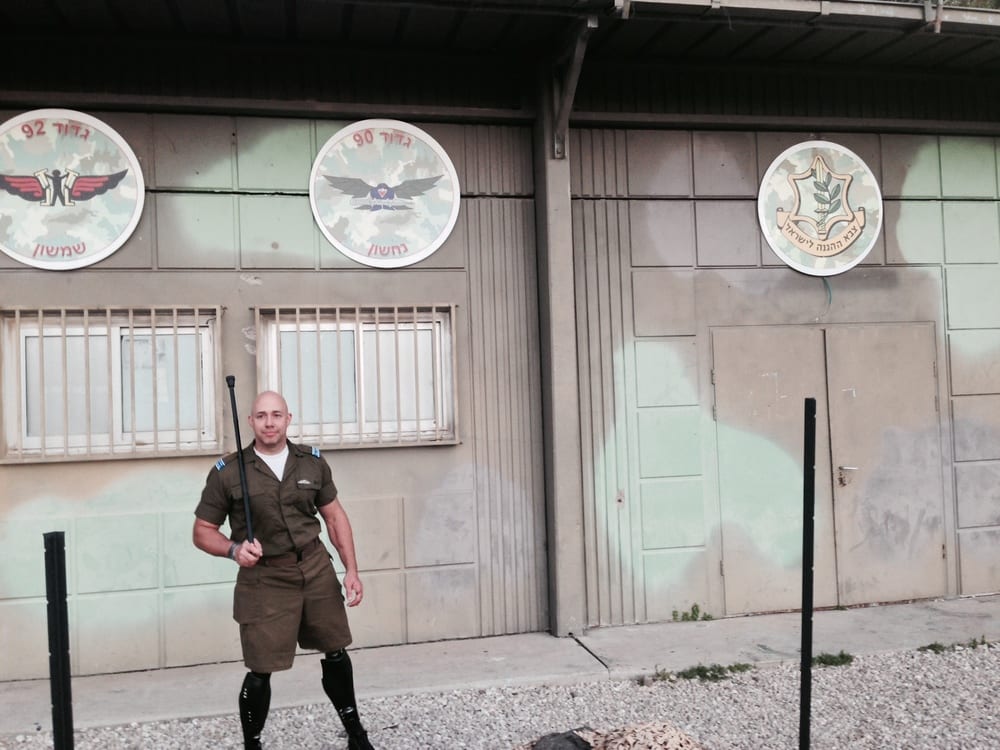 Never in the 23 years of Natan Glassman’s volunteering at an Israel Defense Forces army base has he seen anything like the outpouring of love and respect garnered by American veteran Brian Mast.

“Brian was a celebrity here, and everyone wanted to be with him, from the old ladies who volunteer at the base to the generals,” says Glassman. “He’s a hero but as we saw, a very humble one.”

The “hero” Glassman describes is a 34-year-old Christian, a full-time Harvard University student, and a father who, when he was disturbed by the rash of anti-Israel demonstrations both on and around his campus, decided it was time to come to Israel and lend a hand in whatever way he could. And there’s one more key detail about Mast: he lost his legs while serving for the U.S. Army in Afghanistan.

“Those demonstrations seemed so wrong to me on so many levels,” Mast tells JNS.org the day after he returned home to Boston from his volunteer stint in Israel. “As a soldier, I know that if Canada or Mexico or Cuba started shooting rockets into the U.S., we would react swiftly so they could never do it again and everyone would thank us for it. But Israel is crucified for trying to defend herself from attack and keep her citizens safe.”

The logistics of Mast’s recent two-week period as a volunteer on the IDF’s Sar-El Army Base weren’t simple.

“Sending a guy over with no legs took some doing,” he says without a trace of self-pity. “But I knew I needed to do something real to show my support. Posting ‘I support Israel’s right to defend herself’ on Facebook isn’t enough. Talk is cheap. I needed to get my hands dirty.”

The hand-dirtying in question was sorting and packing up medical supplies to ship out to bases around the country.

But it was a big deal to the people Mast met, from the soldiers on the base to those hospitalized from injuries they’ve sustained in the line of duty, many of them during last summer’s war. Not to mention the wounded IDF vets who challenged him to a game of wheelchair basketball.

Despite his reliance on his prosthetic legs to get around, Mast steadfastly refused the sit-down jobs and insisted on taking on the toughest and most hands-on tasks, according to Glassman.

“His can-do attitude affected everyone he worked with, everyone he met. The soldiers really felt he supported them; he was open to everyone and he earned their respect,” Glassman says.

Back at Harvard, Mast says he is “busy utilizing my GI bill” while studying economics. He also says he’s better prepared than before his Sar-El stint to spread the word about Israel. “In the family and school and church I was raised in I was taught what great allies America and Israel are but all summer I watched on the news as rockets fell into Israel and I heard all the negative demonstrations here. I knew I needed to stand alongside those soldiers and tell them that I, like many other Americans, are behind them all the way.”

One particularly poignant moment of Mast’s Israel trip was his visit to the Yad Vashem Holocaust memorial.

“Seeing what the Jews went through then put the history and the importance of Israel into perspective,” he says. The pictures of the bulldozers pushing bodies into mass graves, says Mast, brought back memories of the clean-up his U.S. Army unit was assigned to do following the 2010 earthquake in Haiti.

“To think that there are people in this world who would like nothing better than to see that happen again to Jews in beyond horrible,” says Mast, who is planning to run for Congress in 2016. “When you see people burning the flags of America and Israel, you think, it’s just a piece of cloth. But a symbol can be a powerful thing. For me, it wasn’t just packing up medical equipment; my volunteering for Israel is a symbol of my support.”

Being in Israel and spending time with IDF soldiers, Mast says, “put into perspective to me that Israel desires peace. I met so many mothers there, who wish their kids didn’t have to defend a nation that much of the world wants to wipe off the face of the earth. But they also know it has to be done and their kids need to help.”

Mast’s message of support was not lost on Israelis, says Pamela Lazarus, the program coordinator of the Sar-El base’s international volunteer project.

“Everyone who met him knew that Brian, as a non-Jew, had come to stand by the IDF and the people of Israel,” she tells JNS.org. “He told us he wanted to be even a small part of the effort, and they all wanted to thank him.”

In his weeks working on the base, Mast joined the 4,000 people from around the globe who volunteer for the IDF through the Sar-El program each year.

“It’s a unique opportunity for civilians who care about Israel and our soldiers to work closely together and really get to know each other,” Lazarus says.

Mast looks forward to returning to Israel—this time with a few friends.

“I couldn’t have felt more warmth and more love there, so I told some of the guys I recovered in the hospital with, and there was a lot of interest in the program,” he says. Going above and beyond in typical Brian Mast fashion, he is now planning to organize a “wounded warriors” mission to support Israel and its soldiers.

“We want to remind everyone that, no matter what anyone says, the U.S. and Israel are the best of allies and we (Americans) are all behind her (Israel) 100 percent,” Mast says.