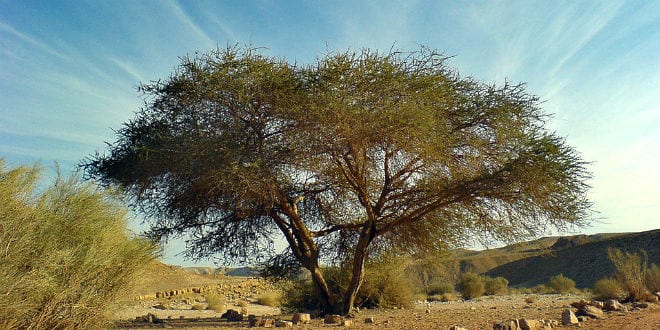 This Wednesday marks a significant date in the Jewish agricultural calendar, but for most of us city-dwellers, it would have gone unnoticed if not for the Jewish people’s undying connection to the Land of Israel.

It is the date that marks the beginning of the agricultural tax year; from this point forward, produce grown is considered part of the following year’s crop. This has implications for a variety of agricultural laws including the separation of tithes and the age of trees.

This minor holiday (it has no binding laws or observances) was mostly unsung until the 16th century, when kabbalists in the northern Israeli city of Safed instituted the tradition of a Seder Tu B’Shvat, a ritual meal modelled after the Passover meal, in which the Jewish connection to God and the Land of Israel is celebrated by eating a variety of produce.  It features the seven traditional species of the Land of Israel (wheat, barley, grapes, figs, pomegranates, olives and dates), as well as other symbolic fruits.

In 1892, writer, researcher and historian Zeev Yavetz, principal of the Zichron Yaakov school, took his students to plant trees on Tu B’Shvat, and a new tradition was born.  According to its website, the Jewish National Fund (KKL-JNF), along with the Teachers’ Union, “formalized the custom in 1908, and provided it with an extra educational dimension.”

Worldwide, Jewish children today associate Tu B’Shvat with two things, mainly: eating dried fruit (once the only kind of Israeli fruit available in the diaspora) and sending money to Israel to plant new trees.  Thanks to this active tradition, Israel is one of the only countries in the world which ended the last century with more trees than it started, an impressive feat considering they were all hand-planted.

This year, however, tree-planting will take a back seat to other festivities. This year is a shmitta, or Sabbatical, year for the land, and active cultivation is generally forbidden. So how does one celebrate the holiday of trees without planting one?

Israel’s Ministry of Agriculture has a few ideas. It has produced a Tu B’Shvat booklet to make this year’s holiday meaningful, even without planting trees. The booklet contains text and instructions for a traditional Seder Tu B’Shvat, divided into four sections, each with its own theme — contemplation, appreciation, responsibility and renewal. It also includes suggestions for alternative Tu B’Shvat activities, such as a neighborhood tree tour; material for study and a collection of songs for the day.

“Today, when a minority of people is engaged in agriculture and most of us are not familiar with the mitzvot of the laws and customs of the Land of Israel in Judaism, we tend to celebrate Tu Bishvat by going out into nature, planting trees, in Tu Bishvat Seders and by eating fruits from the Land of Israel and many other fruits that do not necessarily grow here,” said Israel Galon, forests commissioner at the head of the flowers and plant engineering division in the Agriculture Ministry, to the Jerusalem Post.

“This year,” Galon continued, “in light of the shmita year, we have proposed that the public head out on a journey together of pausing and observing the beauty of the land, a journey of appreciating all this abundance, a journey of deep commitment to preserving the existent while calling for constant renewal.”