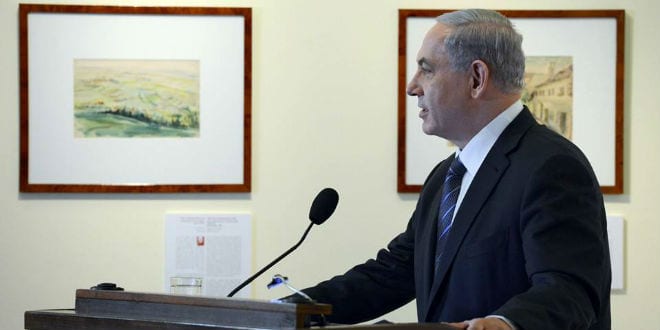 Israeli Prime Minister Benjamin Netanyahu accused the UN on Sunday of failing to implement Security Council Resolution 1701 and of “not reporting on the smuggling of weapons into southern Lebanon.”

In a conversation with UN Secretary General Ban Ki-moon, the prime minister sought answers as to why soldiers of the United Nations Interim Force in Lebanon (UNIFIL) were allowing weapons to land in the hands of Hezbollah and other terror organizations.

Resolution 1701 was passed by the Security Council in August 2006 and ended the Second Lebanon War between Israel and Hezbollah. The document called for the total disarmament of Hezbollah as well as a ban on any armed groups, except for UNIFIL and the Lebanese army.

Nine years have passed and Resolution 1701 has yet to be completely fulfilled.

Since the end of the Second Lebanon War, Hezbollah has been actively replenishing its weapons arsenal, especially with the help of Iran and Syria. The IAF has carried out airstrikes against weapons convoys headed to Hezbollah in Lebanon and Syria over the years, actions Israel has neither confirmed nor denied.

Netanyahu warned Ban that the world was completely ignoring Iran’s efforts to “export terrorism around the world.” He said that the Islamic Republic is responsible for a recent Hezbollah attack on the Israel-Lebanon border that killed two IDF soldiers.

Netanyahu thanked the UN chief for his condolences over the deaths of Capt. Yochai Kalangel and Sgt. Dor Chaim Nini and expressed regret over the death of Spanish UNIFIL soldier, Cpl. Francisco Javier Soria Toledo, who was caught in firefight between the IDF and Hezbollah.

The prime minister warned that Iran and Hezbollah were working together to open a new front against Israel in the Golan Heights and that Israel would defend itself from any attack.

“Israel will not stand by as Hezbollah targets Israelis and will not accept any attacks on its territory,” he said. “Israel will exercise its right to self-defense and take all necessary measures to protect its population.”

LISTEN BELOW: Forget Netanyahu’s Congress Invite. The Issue Is Iran