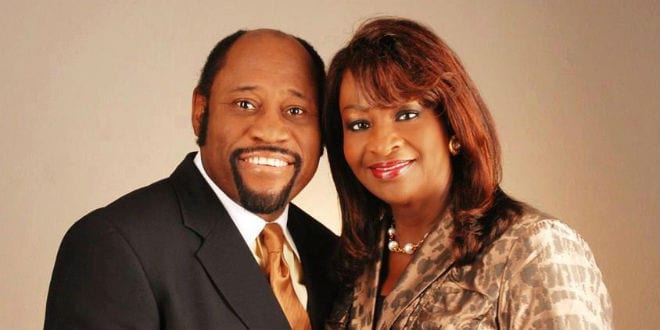 Members of Knesset honored late Christian leader Myles Munroe for his steadfast support of Israel at the ninth annual “Night to Honor our Christian Allies” Thursday in Jerusalem. The Evangelical pastor and motivational speaker was thanked for his “ongoing contribution to the Jewish state,” reported CBN.

Munroe and his wife Ruth were killed in a plane crash in November. He had been based in the Bahamas and headed Bahamas Faith Ministries International (BFMI) and Myles Munroe International. Munroe brought groups of Christian pilgrims to Israel twice a year.

“And because of that he’s just left such an impact on the government of Israel, the State of Israel, and its people,” Reinstein said.

“This shows the impact that both my parents had on, you know, the nation of Israel and on the world at large,” Myles Munroe, Jr. told CBN News.

Charisa told the network it was “an honor and a privilege” to receive such an award.

“I’m more proud of my parents every day. Every day, they show me how much they really loved the world and they really demonstrated that in everything they did around the world. It’s definitely an honor,” she added.

Also recognized by the WJC was Lief Wellerop, a Norwegian Christian leader with a 30-year history of Israel advocacy. He has also spearheaded numerous humanitarian projects throughout the country.

“To me this award is a wonderful handshake from our Jewish brethren,” Wellerop, who is a former chairman of the International Christian Embassy Jerusalem, told the Jerusalem Post.

The purpose of the Knesset Christian Allies Caucus and its 31 reciprocal Israel Allies Caucuses worldwide is to foster an open line of communication between Knesset members and Christian supporters around the world.

“We have a lot to thank our Christian Allies for what happened in 2014,” caucus director Josh Reinstein told the Jerusalem Post ahead of the event. “This past year, we saw faith-based diplomacy around the world influence political decisions in ways that we could have never dreamed of just a few years ago.”

The WJC is an international organization representing Jewish communities in 100 countries.

“Not only do we share the same Judeo-Christian values, but today more than ever we share the same fate and we must cooperate in order to combat the rise of religious extremism,” WJC chairman Shai Hermesh, a former Kadima MK, told the paper. “At our annual event we commemorate the strong support of our Christian allies who stand with the Jewish state of Israel.”