70 Years Since Liberation of Auschwitz, Germans Believe Time Has Come to Put Holocaust in the Past

Home » 70 Years Since Liberation of Auschwitz, Germans Believe Time Has Come to Put Holocaust in the Past 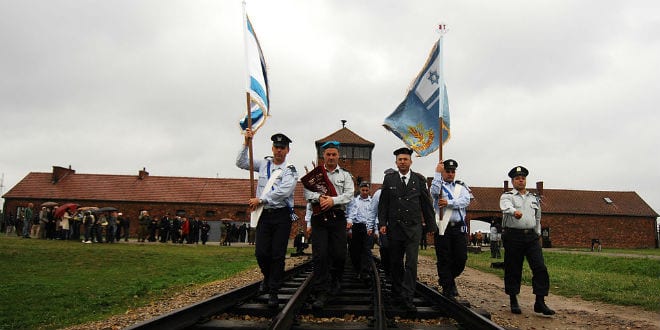 Tuesday marks the 70th anniversary of the liberation of the Auschwitz concentration camp in which some 1.1 million Jews died there at the hands of the Nazi killing machine.

Liberated by Soviet soldiers on January 27, 1945, Auschwitz marks the epitome of the atrocities that became known as the Holocaust and the death of 6 million Jews.

Two years after its liberation, the concentration camp was turned into a museum dedicated to the Nazis attempt to eradicate European Jewry. Last year, some 1.5 million people visited the Auschwitz-Birkenau State Museum.

This year, in a special commemoration ceremony, 40 heads of state, minus US President Barack Obama, are gathering to pay their respects and remember the lessons of the Holocaust. Survivors of Auschwitz, who are mostly in their 90s, will join the international delegation.

On the heels of the 70th anniversary, a new survey revealed that some 58 percent of Germans believe that the Holocaust should be consigned to history, while three-quarters of Israelis reject the notion of putting the past behind them.

The study, which was conducted by the Bertelsmann Foundation, questioned 1,000 Germans and 1,001 Israelis. There was a margin of error of three percent.

Among some of the results, 48 percent of Germans have a poor opinion of Israel while 62 percent expressed a very negative opinion towards the Israeli government.

On the flip-side, Israelis have a much better view of today’s Germany, with 68 percent expressing a positive image of the country. Only 24 percent reported having a poor opinion of Germany.

According to the study, the perception of the Israeli-Palestinian conflict has a major and growing impact on how German view Israel as a whole.

Some 35 percent of Germans liken Israeli policies towards Palestinians with those of Nazi Germany. In 2007, this number was only 5 percent in a similar study.

One of the more remarkable results is that a majority of both Israelis and German believe that Germany still needs to pay for the atrocities committed by the Nazi regime and that Germany still has a special responsibility towards Israel.

As the authors of the study wrote, “In Germany the persecution of Jews is viewed as a dark chapter in German history, but not as an essential part of its identity; quite the opposite, Germans would prefer it as an anomaly.”