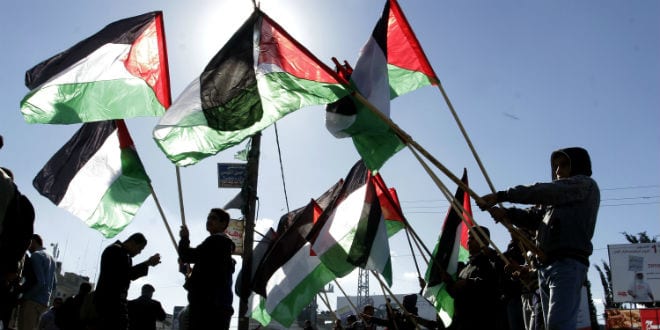 “Today the prosecutor of the International Criminal Court Fatou Bensouda opened a preliminary examination into the situation in Palestine,” her office said in a statement.

The decision to begin an inquiry into the war crimes allegations may lead into a full-blown investigation, her office added.

Bensouda’s decision comes after the Palestinians were formally accepted into the ICC earlier this month, paving the way for them to file war crimes and crimes against humanity claims against Israel, beginning in April 2014.

The Palestinians demanded that the ICC investigation include last summer’s 50-day war between Israel and Hamas in Gaza. Some 2,200 Palestinians died during the war and 72 Israelis.

Israel has maintained that more than half of those killed belonged to Hamas or other terror groups operating in Gaza. Civilian casualties in Gaza are solely the fault of Hamas, who purposely chose to operate out of densely populated residential areas. Israel has called on the ICC to prosecute the Palestinians for its indiscriminate rocket fire.

According to Bensouda, “a preliminary investigation is not an investigation but a process of examining the information available in order to reach a fully informed determination on whether there is a reasonable basis to proceed with a full investigation.”

Israeli Prime Minister Benjamin Netanyahu slammed the ICC’s decision to open an initial probe against Israel, warning that “other terrorist war criminals” would follow the Palestinians lead and file their own complaints.

“Israel rejects the absurd decision of the ICC prosecutor…to go after Israel,” the prime minister said in a statement. “It’s absurd for the ICC to ignore international law and agreements, under which the Palestinians don’t have a state and can only get one through direct negotiations with Israel.”

Netanyahu defended Israel, saying that the state “upholds the highest standards of international law. Our actions are subject to the constant and careful review of Israel’s world-renowned and utterly independent legal system.”

He added that “Israel is legitimately defending itself against Palestinian terrorists who routinely commit multiple war crimes. They deliberately fire thousands of rockets at our civilians, while hiding behind Palestinian civilians whom they use a human shield.” Therefore, the decision to prosecute Israel “is even more preposterous.”

Israel’s Foreign Minister Avigdor Liberman criticized the ICC’s announcement, calling it a “scandalous decision whose only goal is to try and harm Israel’s right to defend itself against terror.”

“Israel will act in the international sphere to bring about the dismantling of this court which represents hypocrisy and gives impetus to terror,” he added.

The US State Department called the ICC probe “counterproductive to the cause of peace.”

“It is a tragic irony that Israel, which has withstood thousands of terrorist rockets fired at its civilians and its neighborhoods, is now being scrutinized by the ICC,” Jeff Rathke, the director of the State Department’s press office, said in a statement. “The place to resolve the differences between the parties is through direct negotiations, not unilateral actions by either side.”

While the Palestinians have threatened Israel with a lawsuit at the ICC, a senior Palestinian Authority official told Walla! News on condition of anonymity that the PA has presented Israel with an ultimatum via Jordan and Egypt.

According to the official, the PA would drop the case against Israel is it agreed to stop building Jewish communities in Judea and Samaria.

A confidant of PA President Mahmoud Abbas, the official added that Israel would also need to unfreeze Palestinian tax revenues which Israel has withheld as a penalty for applying to the ICC.