US Aid to PA to be Cut Over ICC Bid? 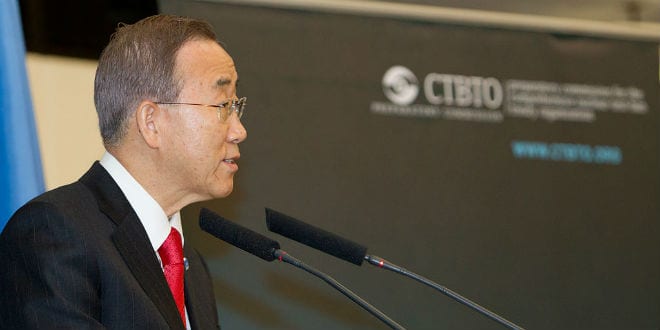 ICC US Aid US Senate

US senators from both parties threatened to “re-examine” US aid to the Palestinian Authority over the weekend, following the PA’s bid to join the International Criminal Court for the purpose of bringing war-crime charges against Israel, reported Israel HaYom.

“The Palestinian Authority’s decision to join the International Criminal Court (ICC) is deplorable, counterproductive, and will be met with a strong response by the United States Congress. … Existing U.S. law makes clear that if the Palestinians initiate an ICC judicially authorized investigation, or actively support such an investigation, all economic assistance to the PA must end. In light of this legal requirement, Congress will reassess its support for assistance to the PA and seek additional ways to make clear to Palestinian Authority President Mahmoud Abbas that we strongly oppose his efforts to seek membership in the ICC. If the ICC makes the egregious mistake of accepting the Palestinian Authority as a member, given that it is not a state, Congress will seek ways to protect Israeli citizens from politically abusive ICC actions,” the statement read.

The senators went on to say that by joining the ICC, the PA would “take an organization with laudable goals and undermine its credibility by turning it into a political battering ram against Israel,” something they say it has done to other organizations in the past.

Instead, the senators urged Abbas, the PA should end its pact with Islamist terror group Hamas and work towards  “an enduring, realistic solution to this ongoing conflict” with Israel.