Terrorist Behind Paris Attack Releases Video from the Grave

Home » Terrorist Behind Paris Attack Releases Video from the Grave 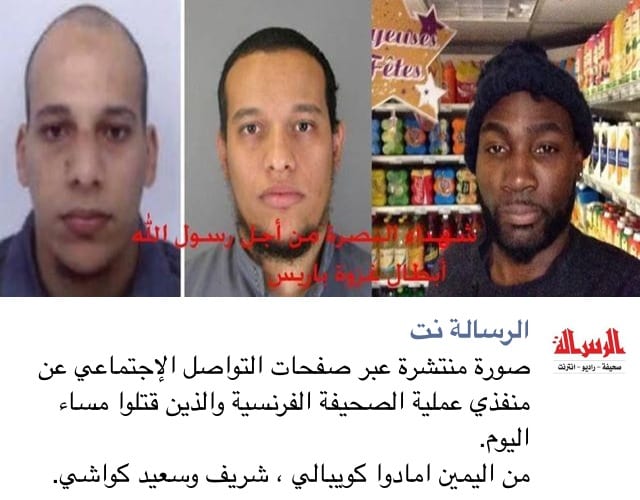 A posthumous video has surfaced of slain terrorist Amedy Coulibaly on Sunday, who shot a policewoman and took hostages in a Jewish supermarket in Paris on Friday.

In the video, Coulibaly claims allegiance to the Islamic State (ISIS) and confirms that he coordinated his attack with the two men, Said and Cherif Kouachi, who attacked Charlie Hebdo headquarters on Wednesday, killing 12 people.

The video opens with what appears to Coulibaly doing pushups and chin ups in an apparent show of strength. Weaponry is carefully displayed in the next frame.

“I am addressing myself first of all to the Caliph of Muslims Abu Bakr-al-Baghdadi,” Coulibaly states in broken, stuttering Arabic, referring to the leader of ISIS.

Wearing Islamic white dress and headgear, Coulibaly continues: “I have declared allegiance to the Caliph.”

Text that accompanies the video identifies the man as Coulibaly and says that he was responsible for the terror attack which killed four Jewish men in a pre-Sabbath attack. The video claims that Coulibaly was also responsible for a car bombing in Paris as well.

Referring to the Kouachi brothers, Coulibaly states, “The brothers of our team, they did Charlie Hebdo.”

Wearing a camouflage army vest, he continues: “I also went out a bit against the police so that it has more impact. We managed to synchronize to come out at the same time.”

“What we have done is completely legitimate given what they have done. If you attack the caliphate, we will attack you.”

Coulibaly and the Kouachi brothers were killed during stand offs with French police. In response to their deaths, a Hamas affiliated publication, Al-Rasalah, praised the deaths of the terrorists as martyrs.

In a post on their Facebook page on January 9, 2015, the publication released an image of the three men with a caption that read: “The shahidim [martyrs] who were dispatched by God, the heroes of the raid in Paris.”