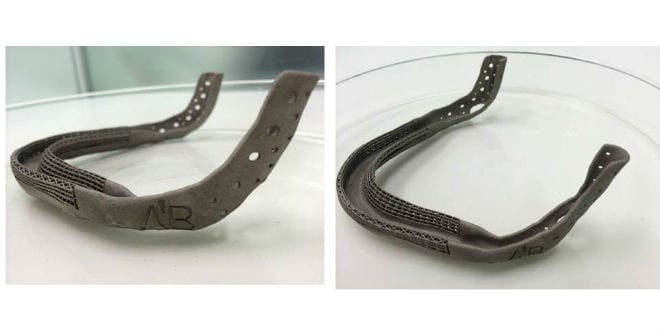 A revolutionary new medical technique was implemented in Israel’s Rambam Medical Center for the first time. A titanium jaw was surgically implanted into a 23 year old Syrian citizen whose jaw had been hit by a bullet.

The Syrian was wounded in fighting caused by the civil war and came to Israel for medical treatment. His lower jaw had been completely destroyed by the bullet. He suffered from a torn and smashed jaw as well as having his bottom teeth blown out.

“The Rambam doctors outfitted him with a custom-made jaw in a pioneering new operation, which returned his human quality,” a statement from the hospital read.

Rambam, which has often come under rocket attack by Arabs from Lebanon and Gaza, is no stranger to treating some of Israel’s less friendly neighbors, whether they be Palestinian or Syrian.

The jaw was printed onto titanium using 3D printer technology. It was then implanted in the face of the wounded Syrian. The patient reached Rambam while he was in critical condition, after the rifle bullet had left him unable to speak or eat.

Professor Adi Rachmiel, director of Rambam’s Department of Oral and Maxillofacial Surgery, performed the ground-breaking operation with Dr. Yoav Leiser, who recently returned from training in Germany where he specialized in restoring eye sockets, jaws and cheek bones.

Only a day after the surgery took place, the patient was able to eat and speak. “We succeeded in returning his human quality,” said Dr. Leiser.

During the procedure, called Patient Specific Implant (PSI), doctors created a jaw perfectly suited to the patient. While such procedures previously necessitated the connection of many plates, the PSI procedure used by Rambam required only one individualized plate. This plate served as a custom-made “replacement part.”

To compensate for the fact that the patient had no medical records, doctors relied on statistical models to create the plates.

Following the success of the surgery, three additional patients, all of whom are Israeli, are scheduled to undergo similar innovative treatments in the near future.