Charlie Hebdo and the Temptation of Self-Censorship

Home » Charlie Hebdo and the Temptation of Self-Censorship 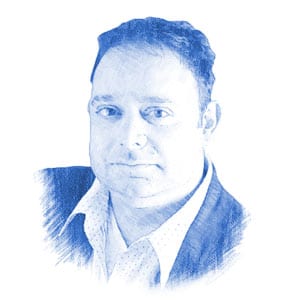 As predictably as birds flying south for the winter, this week’s abominable terrorist attack on the headquarters of the French satirical magazine, Charlie Hebdo, brought forth the usual burnt-out platitudes from those commentators who insist that Islamist violence is rooted in legitimate grievances with the West.

One of the most heinous examples of this outwardly-nuanced, inwardly-confused discourse appeared in a piece for the Financial Times by Tony Barber. By the second paragraph, Barber was sagely counseling us not to jump to conclusions about Islamist culpability—Anders Breivik, the far-right fanatic who murdered 77 mainly young Norwegians in 2011, was a Christian, after all.

(Within a few hours of the Paris atrocity, the identities of the three suspects—all Muslims, and with at least one carrying a prior conviction for terrorism—had been revealed. But had Barber bothered to check the earlier news, he would have perhaps registered those eyewitnesses who reported the assailants shouting “Allahu Akhbar” as they embarked on their killing spree.)

Then it got worse. The murder of 12 people, Barber insinuated, might have been avoided had there been “some common sense… at publications such as Charlie Hebdo, and Denmark’s Jyllands-Posten, which purport to strike a blow for freedom when they provoke Muslims.” (Here Barber is referring to the 2005 publication of the caricatures of the Prophet Muhammed, reprinted by Charlie Hebdo in 2011.)

Got that? In publishing the Muhammed cartoons, Charlie Hebdo wasn’t issuing a profound reminder of the willingness of other media outlets—from Yale University Press to the New York Times—to censor themselves in the face of Islamist threats. It sought merely to “provoke Muslims.” And when you provoke Muslims—and here we come to a stereotype held dear by both furrow-browed liberal journalists and right-wing bloggers—you invite the apocalypse. Ultimately, we’re to blame for that, because we knew all along that these people are savages, and still we didn’t exercise our superior European self-restraint. (Warning to anyone who wants to take that last sentence out of context: please don’t.)

I mention all this by way of an introduction to a rewarding conversation I had with Michel Gurfinkiel, one of the most astute of France’s political analysts, just hours after the attack. Though he is a conservative, Gurfinkiel intimately understands the culture of the left and its centrality to the transformation of European public attitudes over the last half-century; because of that, he made a critically important point to me that I haven’t heard anyone else make.

The assault on Charlie Hebdo was, Gurfinkiel told me, an assault on many of the symbols of France: its democracy, its secular nature, its treasuring of the freedom of speech and of expression. But it was also a poignant assault on the legacy of the soixante-huitards—the revolutionary generation of the 1960s, exemplified by the radical students who took to the streets of Paris and thereby changed, as Gurfinkiel said, “the French way of life.”

Charlie Hebdo was integral to the culture of this generation. The French establishment in large part loathed it, regarding the magazine as an outpost of the revolutionaries who could conceivably have unseated General de Gaulle during the heady days of May 1968. Many of its editorial stances—including on Israel—reflected the imperatives of a left that is now, in our own time, all too ready to engage in self-censorship.

As an example, and with great sadness in his voice, Gurfinkiel told me about George Wolinski, the Charlie Hebdo cartoonist who, at the age of 80, was brutally murdered in the attack. A Jew born in Tunis to a Sephardi mother and an Ashkenazi father, in the 1970s Wolinski had been a member of the French Communist Party and a trenchant opponent of Israel. When Menachem Begin and Anwar Sadat signed the Camp David Accords between Egypt and Israel in 1978, Charlie Hebdo labeled the affair a “shitty peace,” and Wolinski provided an accompanying cartoon of the two leaders sitting at a table together and breaking wind.

Now, a man who pushed freedom of speech to its limits—including in service of the Palestinian cause—lies dead, murdered by Islamists who detest the West’s ability to tolerate the grotesque and the tasteless. It is, as Gurfinkiel recognizes, a horrible irony, but it’s one that too many on the liberal left are unable or unprepared to grasp. Thus do we come to platitudes about provoking Muslims.

Fundamental to the stability of free speech is the right to offend, along with the right to be offended. The United States is in many ways the perfect examples of how that works. If a public figure makes a racist comment, or a newspaper says something offensive about Jews, we can be certain that an organization like the Anti-Defamation League will doggedly pursue the wrong-doers for a retraction or an apology. Sure, these humorless tussles can get nasty, but the norms of engagement have been firmly established over the years, and rarely, if ever, does violence or terrorism ensue.

What the Islamists are doing is preventing Western Muslims from participating in this adversarial culture of ours, which is in many ways a product of the revolutionary 1960s. There are many Muslims who peacefully object to displays like the Muhammed cartoons, but when they speak up, they are hampered by the knowledge that the armed fanatics who share their faith are willing to secure through violence what can’t be won through persuasion.

So instead of worrying about provoking Muslims, we should be confronting those within their ranks whose scorched-earth ideology is preventing Muslim advocates from making their case within the parameters of democratic and open debate. As we enter a period in which each day will bring renewed fear of another Charlie Hebdo-like atrocity, we need that debate more than ever. It is what keeps us civilized.