Report: Israel to Ask US to Cut Off All Funding to PA

Home » Report: Israel to Ask US to Cut Off All Funding to PA 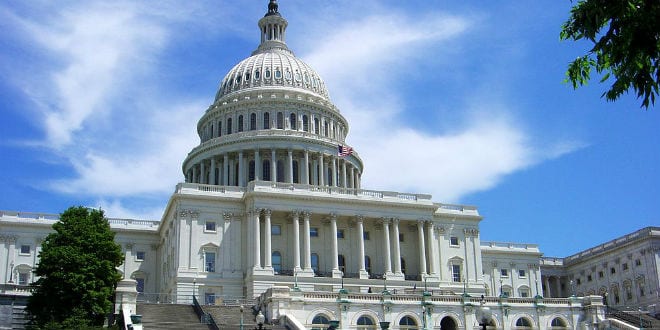 Israel is set to ask the US Congress to halt all funding to the Palestinian Authority in response to the PA’s request to join the International Criminal Court (ICC) last week.

An Israeli official told Ha’aretz that Jerusalem officials plan to turn to pro-Israel members of Congress to enforce a law banning funding to the PA should it turn to the ICC. The Palestinians receive each year some $400 million in aid from the US.

Congress passed a funding bill last month that contains language which stipulates that the State Department would pull all economic support to the PA if “the Palestinians initiate an International Criminal Court judicially authorized investigation, or actively support such an investigation, that subjects Israeli nationals to an investigation for alleged crimes against Palestinians.”

The bill has already been approved and signed by US President Barack Obama.

Israel has already taken its own measures to halt funds reaching into the hands of the Palestinian government. On Saturday, Israeli Prime Minister Benjamin Netanyahu announced that it froze NIS 500 million ($127 million) in Palestinian tax revenues collected on Ramallah’s behalf.

The prime minister threatened PA President Mahmoud Abbas with a strong response should it move forward with its ICC bid, saying the frozen funds are only the first step in a string of further confrontation with Israel.

The Palestinians have filed a war crimes lawsuit against Israel at the ICC. Speaking to his cabinet on Sunday, Netanyahu vowed that his government would not sit back and allow IDF soldiers to be prosecuted abroad.

“The Palestinian Authority has chosen confrontation with Israel and we will not sit idly by,” the prime minster stated. “We will not allow IDF soldiers and commanders to be hauled before the International Criminal Court in The Hague.”

Abbas’s ICC move has given Congressional members on both sides of the aisle room for pause. There is growing bipartisan frustration with the PA and its actions, which are viewed as sabotaging any chance at peace between Israel and the Palestinians.

Members of Congress have reportedly ordered their staffers to review whether there is any legal basis to penalize the UN and its institutions, as well as the PA, for submitting its application to the ICC and the failed resolution to the UN Security Council.

This is not the first time Congress has taken steps to review cutting off funding to the PA. During the recent summer war between Israel and Hamas, members of Congress threatened to cut off all funding to the PA if it could not bring under control its government partner, Hamas.

“We are studying it, and we will study this with our allies and especially Jordan…to submit the resolution again, a third time or even a fourth time.”

LISTEN BELOW: PA Chairman Abbas: Screwing Up or Turning the Screws on Israel?