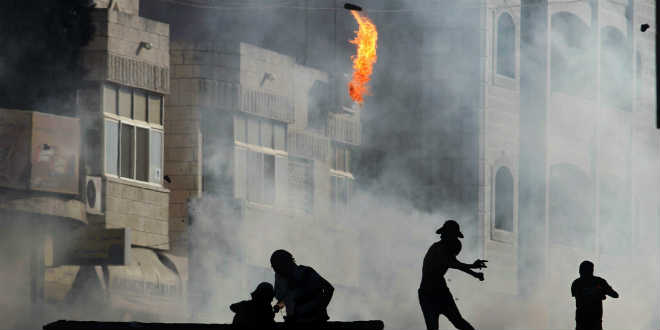 In what many living in Jerusalem say is the government’s attempt at hushing up the mini-war waged by Palestinians against Israel, the increasing number of attacks against Jewish targets can no longer be ignored.

Thursday evening, Palestinian terrorists threw three Molotov cocktails at Jewish residences on the Mount of Olives. No one was injured in the attack.

The suspects of the attack escaped.

The latest in a string of firebombing attacks, Thursday’s incident is not an isolated event. On Saturday evening, a Jewish apartment in the East Jerusalem neighborhood of Armon Hanatziv was firebombed.

Palestinian terrorists threw the bomb directly onto the balcony of the apartment, causing damage to the home.

Saturday’s attack came on the heels of another firebombing incident last week, in which 11-year-old Ayala Shapira and her father were attacked when a Molotov cocktail hit their car in Samaria.

Ayala suffered third-degree burns over most of her body, including her face, and remains in serious but stable condition. She was placed in a medically induced coma in the intensive care unit.

Two Palestinian teens confessed to the attack and remain in IDF custody.

However, firebombing is not the only kind of attack now favored by Palestinian terrorists. Close-combat style attacks, such as stabbings, are becoming more prevalent in Jerusalem.

The IDF said Mohammed al-Ajlouni, a resident of East Jerusalem, was arrested in a surprise raid on his house in Ramallah, where he escaped to after the attack.

During the arrest, two soldiers were lightly wounded in clashes with Arab residents, who attacked IDF forces.

The attack occurred as worshipers were leaving Friday prayers from the Temple Mount complex. The Lion’s Gate leads directly into the Muslim Quarter.