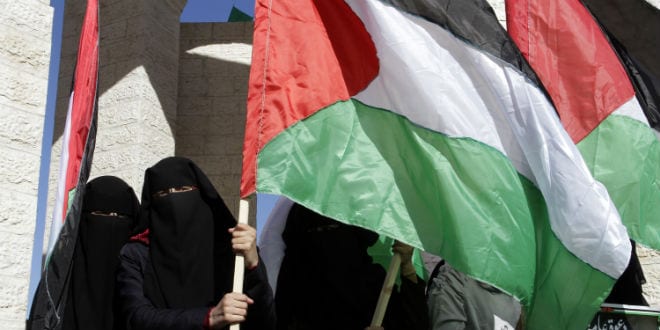 A draft resolution calling for a full Israeli withdrawal from East Jerusalem, Judea and Samaria by the end of 2017 was submitted to the UN Security Council late Monday.

The resolution was presented by Jordan on behalf of the Palestinian Authority and included revised language that asks to declare East Jerusalem as the capital of a Palestinian state.

Arab ambassadors endorsed the resolution, which had last-minute amendments added to it. The US had previously made clear it would not support the resolution and would use its veto power at the Security Council to block its passing.

The draft resolution states the need for “a just, lasting and comprehensive peaceful solution” to the Israeli-Palestinian conflict within 12 months. It calls for an independent Palestinian state within pre-1967 borders. Security arrangements are to be made “through a third-party presence.”

The resolution also demands “a just solution” to issues of Palestinian terrorists in Israeli jails, access to water, and the return of Palestinians to Israel.

One of the newly added eight amendments called on the Security Council to declare the security barrier between Israel and Palestinian territories illegal. The authors of the resolution have also demanded that all Israeli construction in East Jerusalem, Judea and Samaria end.

PA UN Ambassador Riyad Mansour told reporters that the vote “could happen tomorrow, or the day after tomorrow.”

According to the current make-up of the Security Council, five of the newly elected members to the council are supportive of the Palestinians, giving rise to speculation that the draft resolution could receive nine “yes” votes out of a total of 15.

Should the Palestinians receive a majority of “yes” votes from the Security Council, the US would be forced to use its veto power.

US State Department spokesman Jeff Rathke informed reporters on Monday that the draft resolution “is not something that we would support, and other countries share the same concerns we have.”

“We don’t think this resolution is constructive. We think it sets arbitrary deadlines for reaching a peace agreement and for Israel’s withdrawal from the West Bank, and those are more likely to curtail useful negotiations than to bring them to a successful conclusion,” he said.

“Further, we think that the resolution fails to account for Israel’s legitimate security needs,” Rathke added.

Israeli Prime Minister Benjamin Netanyahu vowed on Monday that regardless of how the vote concludes, “we will” reject the resolution.

The prime minister added that the PA is “seeking to impose on us a diktat that would undermine Israel’s security, put its future in peril…Israel will oppose conditions that endanger our future.”

LISTEN BELOW: UN To Decide Palestinian Statehood: What Will It Mean?