Hebron Welcomes New Year by Giving Back to its Community

Home » Hebron Welcomes New Year by Giving Back to its Community 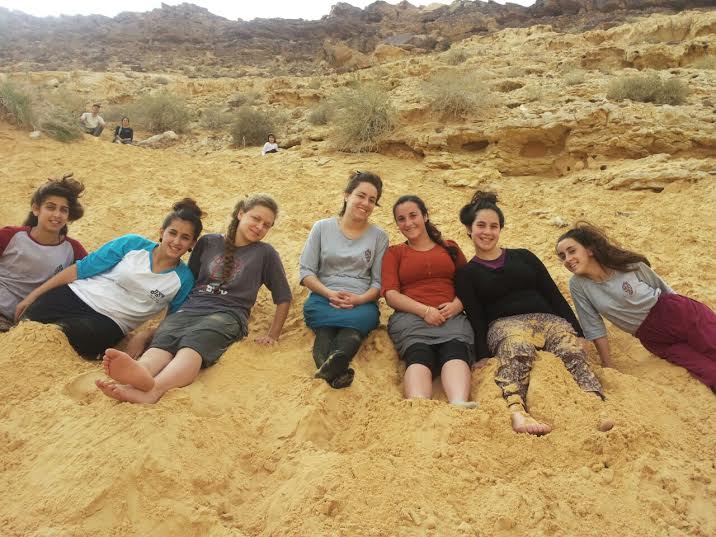 New Years is always a time when people pray for happiness, health, and joy. Many people have a tradition to make New Year’s resolutions, often focusing on self improvement in a certain area. Many popular resolutions focus on diets, health, and exercise while some try to figure out ways to give back more others.

In the holy city of Hebron, home of the Cave of the Patriarchs and Matriarchs where Abraham, Sarah, Isaac, Rebekah, Jacob and Leah and buried, the new years resolution is all about giving back directly to the thriving Jewish presence in the city.

Hebron’s city council recently held numerous activities aimed at helping to create more of a communal life in the city. The activities were organized by the Hebron Fund, a non-profit charitable organization which sponsors cultural, social and tourist events as well as community projects.

Activities included a day trip for teen girls from Hebron to get warm and head south to the famous Mitzpe Ramon crater in the Negev; special celebratory candle lighting ceremonies over Hanukkah; a camp for youngsters to keep busy on their winter break; and a fundraising raffle to raise money for community projects and activities to be able to expand next year.

The trip for the teen girls was sponsored by a generous donation from the Bais Yaakov school in Queens, NY. “It was a phenomenal and well-deserved day for the boys and girls of our community,” read a thank you letter that the city council sent in appreciation for the donation.

Another special moment was when LIBI USA delivered surprise Hanukkah presents and much needed winter gear to the soldiers stationed throughout the city.

Several of the events took place in the Beit Hadassah Community House which has a long and bloody history in Hebron. “Beit Hadassah was the first medical clinic sponsored by the Hadassah organization in the late 1800s. Unfortunately, in the Hebron Massacre of 1929, Jews sought refuge there only to be butchered to death. Only about 35 years ago did the Jews return to Beit Hadassah and today it’s a thriving facility with residential housing, synagogue and museum. Just like everything else in Hebron, the more that we are afflicted, the more we grow,” said Rosenstein.

The Cave of the Patriarchs, which towers over the city, is one of the holiest and most revered sites for Jews in Israel. Second to the Temple Mount in Jerusalem, it is the oldest holy site in the country, whose sanctity can be traced back to when Abraham purchased the land from the Hittites.

Rosenstein shared that the cave was blocked off to Jewish visitation from 1267 CE all the way up to modern times in 1967 following the Six Day War, when the IDF once again reclaimed the area.

In keeping with the New Years theme of giving back, the Hebron Fund is currently holding an international raffle with all proceeds benefiting the Jewish community of Hebron. In a recent message by the Hebron Fund to its supporters around the world, the organization stated:

“The message of Hebron is one of always coming closer to redemption. To hold tight to the age-old contract with the Holy Land, that runs so powerfully through Hebron.”

So when you are thinking of your New Year’s resolution for 2015, instead of self improvement, why not take a page out of the Hebron Fund’s playbook and make a resolution and get involved in helping communities around you.