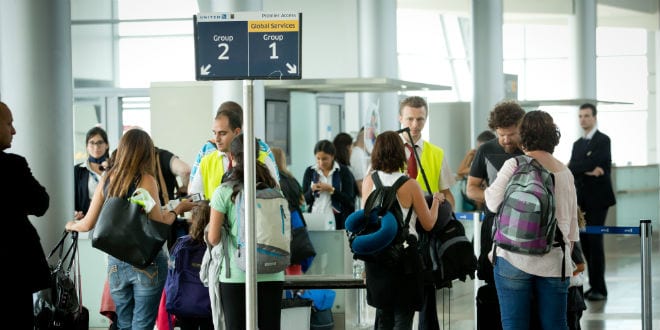 WikiLeaks strikes again: a CIA document dated September 2011 has been leaked, detailing how to get past security at a number of international airports, including Israel’s Ben Gurion Airport.

The document, entitled “CIA Assessment on Surviving Secondary Screening at Airports While Maintaining Cover”, is aimed at CIA agents and undercover operatives travelling abroad on the job.

Secondary screening refers to the more detailed inspection carried out on anyone who does not pass muster at the initial screening by airport security. The pamphlet calls it a “potentially lengthy and detailed” process which “can significantly stress the identities of operational travelers…

“Referral to secondary screening can occur if irregularities or questions arise during any stage of airport processing — immigration, customs, or security — and regardless of whether the traveler is arriving, in transit, or departing. Officials may also randomly select travelers.”

The report points out, “Hostile and probably even allied services seek to identify US and other foreign intelligence officers.” It therefore details a number of irregularities to avoid to prevent being flagged for secondary screening and strategies to employ if earmarked anyway.

The document includes examples from the experiences of other CIA operatives, with specific references to Israel’s Ben Gurion airport outside Tel Aviv. It credits Ben Gurion by name as one of the few airports where security inspectors do not “lack the time and tools to conduct in-depth examination of travelers’ bona fides.”

It also states that “Security personnel at Ben Gurion Airport in Tel Aviv, Israel, commonly refer military-aged males traveling alone with backpacks to secondary screening, regardless of their nationality or skin color,” and, “Israel’s security personnel focus on frequent travel to Islamic countries.”

The report also cites a 2004 manual by International Consultants on Targeted Security (ICTS) International, “an Israeli-founded company and world leader in profiling techniques,” as one of its sources, noting,  “Although dated, the ICTS guidelines probably are typical and remain valid.”

The focus of the document seems to be the Schengen area of the European Union, a region of roughly two dozen countries between which travellers are not required to show passports. Changes in the EU security system cause concerns for the CIA that travel there might become more difficult for its agents.

The secret document was produced by the CIA’s CHECKPOINT Identity and Travel Intelligence Program. According to WikiLeaks founder Julian Assange, the document shows the CIA plans to carry out intelligence operations in Europe and apparently, against Israel. Israel’s defense establishment has opted not to comment on the pamphlet.