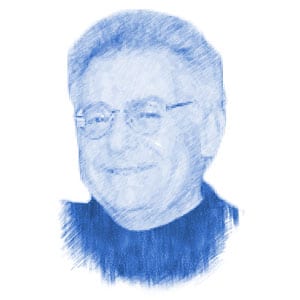 Israel will not be the only one to suffer from a “Palestinian State”, should one arise.

Credo quia absurdum.  “I believe because it is absurd.” Almost everywhere, individualcountries and amalgams of countries (European Union is the latest such amalgam) are falling over themselves to endorse “Palestine.” Systematically ignoring long-term deceptions associated with demands for Palestinian sovereignty – and also relevant contradictions between recognition and statehood under international law – such endorsements will further undermine regional stability.

Pertinent calculations here are not complicated. Most plainly, the destabilizing impact of a 23rd Arab sovereignty would be most immediately injurious to Israel. Over time, however, certain state advocates of “Palestine” could suffer consequent harms, including purportedly well-intentioned European countries, and even the United States. This is because a Palestinian state would quickly become another preferred launching site for assorted multiple forms of Jihadist terrorism.

“Hamas is ISIS, and ISIS is Hamas,” explained Israeli Prime Minister Binyamin Netanyahu before the U.N. General Assembly last September: “They all have the same ideology; they all seek to establish a global militant Islam, where there is no freedom.” Netanyahu was correct.

Back in September, Palestinian Authority President, Mahmoud Abbas, now working together with his “partners” in Hamas, asked the U.N. Security Council to set a deadline of November 2016 for full Israeli withdrawal from Judea/Samaria (‘West Bank’), including East Jerusalem.

Notwithstanding his obligatory public acceptance of a “Two-State Solution,” all major Palestinian media continue to say otherwise. For them, even officially, Israel remains “Occupied Palestine.” For them, even officially, the only acceptable Palestinian solution calls for a single new Arab state, a homogeneously Islamic country in all of the land currently circumscribed by Israel, ‘West Bank’, and Gaza.

Since 2005, when Israel “disengaged” from Gaza in the hope of receiving a suitable quid pro quo from Hamas and the Palestinian Authority, the only use to which this land has been put is as a conspicuous staging area for expanded war and terror.

The intended Palestinian solution for Israel remains a fixedly “final” one. This unambiguously exterminatory remedy is inscribed on all official Palestinian maps. Cartographically, at least, Israel has already been “liquidated.”

Liquidation is the actual term used most frequently by Arab sources, since 1948, to describe their uniformly annihilationist attitudes toward Israel.[1]

What will happen when Palestine allegedly becomes a state? Within a few hours of any formal Palestinian “declaration of independence,” Arab citizens of Israel –  now, over 1.8 million – will begin to transform their initially benign celebrations into full-scale riots and intifadas. Such “spontaneous” violence would serve to display this Israeli-Arab population’s open and now overriding loyalty to Palestine.

Significantly, these Arabs wouldn’t feel any corresponding need to actually move to the new Palestinian state. After all, they would then already understand that what is “Occupied Palestine” (Israel) would soon be “absorbed” into the new state. Then, irony of ironies, although these almost two million Arabs had themselves been full citizens of  a Jewish State, Palestine would become statutorily Judenrein, or “free of Jews.”

For Israel, this will represent the “international community’s best idea of “justice.”

For Israel, which will have to fight for its life yet again, the  security costs of staving off aggression and “absorption” could quickly become overwhelming. The core enemy, now, even after a legally problematic bestowal of Palestinian sovereignty, would not be Palestine per se, but rather an enlarged and conglomerate Arab/Islamist adversary, this one encompassing a broad alliance of both state and sub-state opponents.

It is even possible, in these entirely predictable circumstances, that certain mobilized IDF elements would have to be placed in direct confrontation with ISIS, or ISIS-related foes.

“Hamas is ISIS, and ISIS is Hamas.”

In the short run, after formalization of Palestine, security dangers to Israel would center upon very bitter internal unrest, and on those corollary perils originating from domestic terror attacks, expanded border incursions from Palestine, and external (Palestine-based) rocket launches. In the longer term, Israel, now dangerously bereft of needed strategic depth, would face a steadily deteriorating “correlation of forces,” that is, an overall weakening of Israeli military capacity. This weakening, in turn, could substantially enlarge the probability of conventional war with other Arab states, and also of conventional terror attacks.

If such attenuations of Israeli power were to take place simultaneously with Iranian nuclearization, a reasonably plausible expectation, the single most catastrophic consequence of Palestine could eventually include nuclear war fighting. This sober assessment is identified here not because a Palestinian state would have any direct nuclear capabilities itself, but because that state’s creation would nonetheless contribute to an increasingly corrosive regional balance of power.

The precise hazards, to Israel, of a nuclear Iran, could be affected by what happens throughout the region, along the most primary Sunni-Shia axes of conflict, especially if ISIS were to make any further progress in its ongoing territorial takeovers, within sectors of Iraq and Syria. Another still widely-ignored factor in all of this prospective regional transformation is the growing probability of a new Cold War between Russia and the United States. However ignored thus far, such hardening bipolarity could strongly impact the nature and function of core Middle Eastern alignments.

A still under-examined result of Palestinian independence would be the meaningfully enlarged threat to Israel (a country smaller than America’s Lake Michigan) of nuclear war and nuclear terror. Understanding this, Palestine’s emergence could spawn tangibly enlarged efforts in Jerusalem/Tel Aviv to properly strengthen Israel’s traditionally “ambiguous” nuclear deterrent. Quickly, such indispensable measures could embrace a more-or-less dramatic shift to an openly declared nuclear strategy, one including explicit statements about nuclear basing and nuclear targeting doctrine.

From a more narrowly legal perspective, there is one additional point.  Under governing international law, the always-binding requirements of statehood are expressed at the Convention on the Rights and Duties of States (“Montevideo Convention”),  a treaty which entered into force in 1934. Among other things, this authoritative pact clarifies that statehood is independent of recognition.

In the matter of prospective Palestinian statehood, this means that Palestine could not become a proper sovereign entity in consequence of assorted national approvals, whether within the United Nations, or outside of its particular collective jurisdiction. No matter how many separate states might choose to support Palestinian statehood, and no matter how respected or powerful these approving states might be, such support would be overridden by the specific, codified, and still unrealized expectations of “Montevideo.”

In the end, as Israeli Prime Minister Binyamin Netanyahu stated before the U.N. General Assembly last September, “The people of Israel are not the occupiers in the land of Israel.” The Mandate for Palestine (1922) merely reaffirmed the already-longstanding Jewish legal right to settle anywhere between the Jordan River and the Mediterranean Sea, an authorization further codified and protected at Article 80 of the U.N. Charter.

No state can be obligated to commit national suicide. It is not Israel’s legal or moral obligation to carve another enemy Arab state out of its own still-living body. To understand this utterly rudimentary perquisite of sovereignty would be to the everlasting benefit not only of the singularly beleaguered Jewish State, but also to every other country that now seeks more durable protection from ever-widening Jihadist terror.