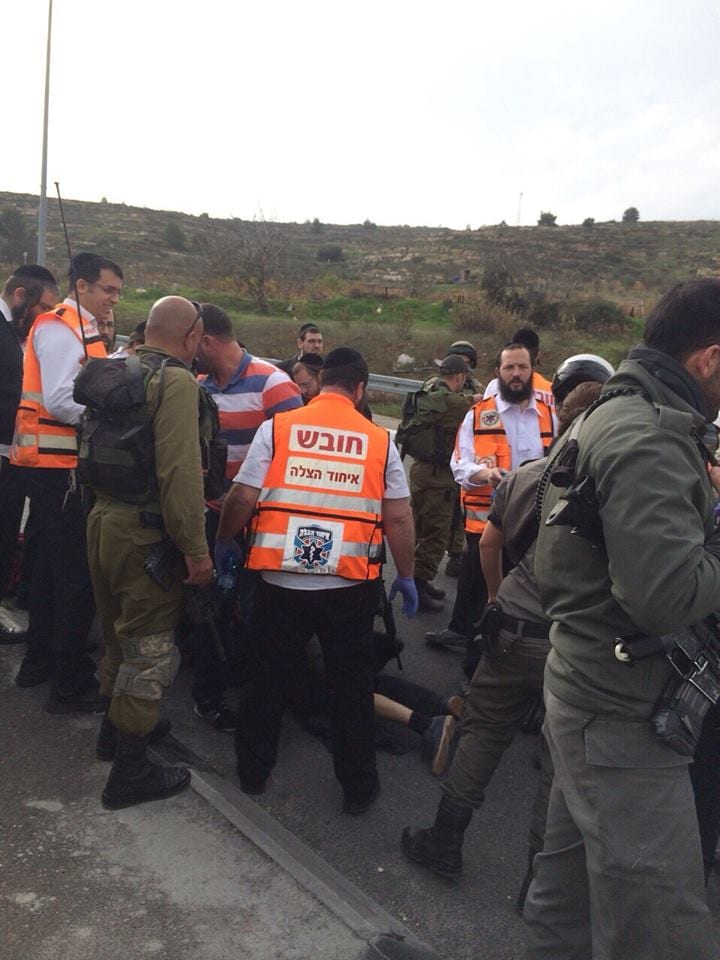 Seven people, including young children, were injured in a terror attack before the start of the Sabbath on Friday afternoon.

The attack occurred southwest of Jerusalem near a checkpoint between the Gush Etzion city of Beitar Illit and the Palestinian village of Hussan.

The family, who lived in Beitar Illit, were travelling in their car when a Palestinian terrorist hurled acid into their car. Identified by Palestinian Ma’an News Agency as Jamal Abd al-Majid Ghayatha, 45, the terrorist was shot and seriously wounded after trying to flee the scene.

The IDF confirmed in a statement on Friday that Ghayatha was “known to have been previously involved in illegal and hostile riots and activities.”

The father of the family was hit in the face with the acid, burning his eyes. The mother, three daughters aged 8 to 10, and her niece were also splashed with acid, but less severely.

Paramedics from United Hatzalah’s Beitar Chapter responded within minutes to the scene of the attack. All were evacuated to nearby hospitals in Jerusalem after being stabilized.

According to reports, the family stopped their car at the Al-Hadar junction to pick up a hitchhiker. Ghayatha, who was standing next to the hitchhiker, hurled the acid inside the car.

After throwing the acid, Ghayatha began chasing people with a screwdriver to carry out a second attack, the IDF said. He was chased by civilians and shot by an armed civilian who was driving by.

The terrorist was shot twice in his lower extremities and then apprehended by Border Police. The hitchhiker was lightly splashed with the acid as well. Earlier in the day, in an unrelated incident, a Palestinian rammed his car into a security barrier where two IDF soldiers were standing guard. The soldiers were stationed outside a military outpost in Nablus.

The driver was lightly wounded and taken in for questioning. While initial reports suggested the incident was an attempted terror attack, the IDF concluded that it was a car accident.