Denounce Terrorism or Pay the Consequences! 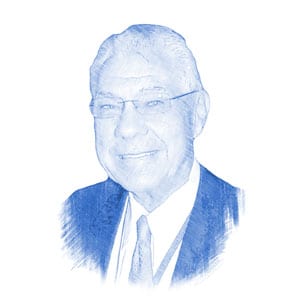 Very few who live outside of  Israel possess a clear understanding of Israel’s situation as it relates to Arab-Israelis and the Palestinians, yet we form opinions and attitudes and pass judgments based on news clips and reporters’ comments that are almost always overly sympathetic to the Arab-Israelis of East Jerusalem and their Palestinian kinsmen. Israel’s true situation is rarely articulated.

For example, some wonder if Israel is right to destroy the homes of parents or relatives of those who perpetrate acts of terror against Israel. Those who contend it’s wrong must be reminded how the Palestinians openly celebrate every time one of their own harms or kills an Israeli and also the fact that the family of the terrorist(s) receives a monetary award. Such rewards, minus a significant percentage for “shipping, handling and processing fees,” are generally funneled through Hezbollah to Hamas, then to the family of the person who committed the crime. Also, each successful attack against Israel triggers an increased amount of money to Hamas.

If the attack fails, Hamas’ funding decreases. The stakes are very high for Hamas to work to keep the Palestinians and Israelis away from the peace table and to strive to keep tensions between the two as high as possible. Earlier this month, Forbes rated Hamas the second wealthiest terrorist group in the world. To maintain this status, Hamas must keep the Palestinians saturated in a culture of hate, not only towards Israel, but toward all non-Muslims and continue to brainwash the people into believing that evil actions are somehow good. As for the destruction of homes owned by the family of a terrorist, the odds are likely zero that any Arab-Israeli family could be unaware that one of their own has a desire, and a plan, to commit an act of terror against Israel. Why? Because Arab-Israeli and Palestinian societies treats such acts as a cause for celebration and not as deserving shame and punishment. The families are surely culpable, but should their homes be demolished as a deterrent for other would-be terrorists?

Perhaps not, but a reprieve should be offered only under certain conditions. The Israeli government may be wise to consider foregoing the demolition of the family home if the owners would, at a news conference open to the world, denounce the act of terror committed by their relative declaring it evil and criminal and also declaring all acts of terror against all people to be morally wrong. If a family were to refuse to publicly make such statements, wouldn’t it clearly demonstrate “the apple does not fall far from the tree” and thus confirm their support for the actions of the terrorist(s) in their midst? Israel is currently in the throes of a terrorist campaign centered on Jerusalem. This puts Israel in the terrible position of being between the proverbial “rock and a hard place.”

When terrorists in Gaza attack cities and towns in southern Israel, it is relatively easy for Israel to launch a precision retaliatory strike. The same is not true when the attacker’s home base is the heavily populated East Jerusalem. Inside the city, Israel’s protective and defensive options are limited. Therefore, in an effort to halt the violence, Israel’s government is forced to resume their previously used tactic of demolishing houses of those who perpetrate acts of terror against innocent Israelis such as occurred last month at a Jerusalem rail station killing a woman and a three-month-old baby and at the Jerusalem synagogue in Har Nof killing five Israelis. It’s been reported that individuals acting on their own, not agents of a terrorist organization, may have carried out the attacks against Israelis over the past four months. When a Muslim draws his last breath while engaged in eliminating one or more infidels (defined as all non-Muslims), his death is embraced as a victory.

Therefore, even if terrorist-minded individuals choose to sacrifice their own lives, they might reconsider if they know their families will suffer the consequences. Israel’s reversion back to the demolition of houses is not considered a punitive measure but rather a deterrent. Given the difficulties of fighting a war on terror within her own densely populated capital, what other tools does Israel have at her disposal? To some, destroying homes of terrorists’ families seems counterproductive to the peace process. To hold this idea, one would have to assume the terrorist’s family to be wholly innocent, which is next to impossible. From cradle to grave Arab-Israeli and Palestinian children are taught to hate Jews, to believe Israel has no right to exist and that dying while killing Jews will earn them Allah’s great reward. Hate for Israel and all Jews is woven into the very fabric of Arab-Israeli and Palestinian society. Those who die killing Jews are hailed and worshipped as martyrs with parks and streets named in their honor.

This attitude only adds to the chain of hate that anchors all of Palestinian and Arab-Israeli society and encourages additional acts of violence and terror. Is it too much to expect, and a concept too civilized to be embraced, that the Palestinians and their Arab brothers should openly and sincerely express remorse for the brutal murder of innocent Israelis, that they condemn the perpetrators versus honoring them as heroes? All who celebrate criminal acts of violence and terror, instead of taking a stand against such evil, are guilty themselves. The 14-year-old sister of al-Shaludi, the Palestinian who drove his car into a crowd and killed two people said on behalf of the family, “We are very proud of him. The operation he did was good.” While this girl may be only 14, this doesn’t sound too innocent to me.

According to the Associated Press, al-Shaludi’s grandmother also expressed a sense of pride in the criminal action of her grandson. Clearly, the moral compass of the Arab-Israeli and Palestinian people needs to be reset if they truly desire peace. They must plant within themselves a love for life over a love for death. As history clearly supports, the Jews are here to stay and Israel is their God-given land. It’s time the leaders of the free world display some backbone and demand a stop to Muslim aggression and acts of terror. It’s time for all who value freedom and democracy to stand with Israel, because Israel stands on the front lines of the world’s war on terror. It’s time to demand that all Arabs and Palestinians openly recognize Israel’s right to peacefully exist as a Jewish state before the first chair is pulled up to the peace table.

So, is it moral for Israel to destroy the homes of the families of terrorists? The answer is well expressed by Israeli historian Yaacov Lozowick. “Demolishing the homes of civilians merely because a family member has committed a crime is immoral. If, however, …potential suicide murderers… will refrain from killing out of fear that their mothers will become homeless, it would be immoral to leave the Palestinian mothers untouched in their homes while Israeli children die on their school buses.” And to this I add, “or while waiting for trains or praying in the synagogues.”