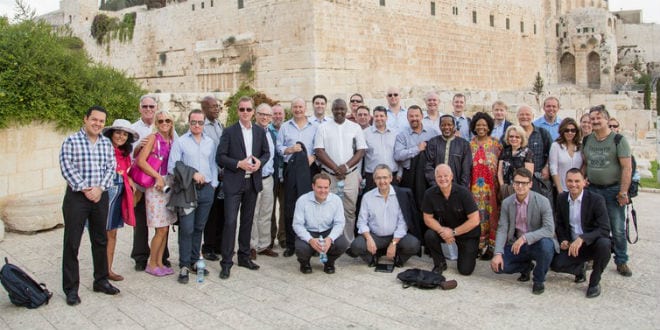 At a time when support for Palestine at the expense of Israel abounds, government officials from 31 countries around the world put their names to a petition condemning terror attacks on Israel by Palestinians and their supporters, reported The Jerusalem Post.

The petition was organized by the Israel Allies Foundation, a group consisting of pro-Israel caucuses in governments around the world. These are made up primarily of pro-Israel Christians, and were established in response to the Knesset Christian Allies Caucus, whose mandate is to develop stronger ties between Israel and her Christian supporters. The current effort was spearheaded by IAF US director E.J. Kimball.

“As a wave of terror has descended upon the residents of Jerusalem, it is imperative that the world speak out against these atrocities and those that incite such horrific attacks,” Kimball said.

“While anti-Semitism is rearing its ugly head around the world, we need strong voices of support for Israel’s right to live in peace, especially in its capital of Jerusalem.”

Some of the signatories come from countries which have recognized Palestine as a state, such as Spain and Sweden, despite a lack of an agreement with Israel. Others come from governments which have recently spoken out against Israeli policies, such as South Africa.

The petition itself states, “We, the undersigned, strongly condemn the recent spate of terrorist attacks carried out by Palestinians in Jerusalem.

“We call upon our governments and the international community to hold accountable those responsible for inciting these attacks,” the petition continued.

“The specific targeting of innocent men, women and children is deplorable and violates all codes of human conduct.

We give our full support to the rights of all people to live in peace and to enjoy the right to pray peaceably wherever they may be in Jerusalem.”