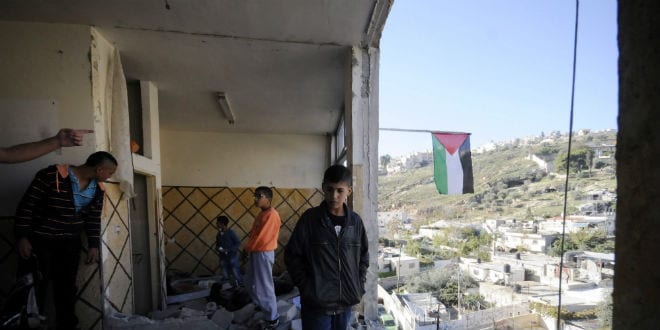 After weeks of unrest culminating in a vicious attack on worshipers at a synagogue Tuesday, Israeli Prime Minister Benjamin Netanyahu is looking to advance a bill which would revoke residency rights from terrorists and those inciting violence against Israel. The Jerusalem Post reported that the Prime Minister’s Office made the announcement Saturday night.

“It cannot be that those committing acts of terrorism against Israel enjoy rights such as National Insurance benefits,” Netanyahu stated.

The move has the support of both Interior Minister Gilad Erdan and Public Security Minister Yitzhak Aharonovitch.

Erdan was the first to propose the measure Saturday. “I have ordered a review and recommendations… in order to expand my powers as Interior Minister to revoke the permanent residency status and social benefits granted to the Arabs in eastern Jerusalem who are involved in terror, incitement and violence,” Israel National News reported the minister having said at an event in Nes Tziona.

Following the reunification of the city in 1967, Arabs living in East Jerusalem were awarded full residency status and offered Israeli citizenship. They carry Israeli papers and have complete freedom of movement within the country. The two perpetrators of Tuesday’s brutal synagogue attack were Jerusalem residents; according to reports, the sister of one of the men is employed by the municipality as a social worker.

When it became known that family members of the perpetrators were handing out candy in celebration of Tuesday’s murders, Erdan moved to revoke the residency status of the widow of one of the men.

Aharonovitch weighed in on the matter, as well. “The families [of terrorists] should know that this tool includes deportation [to Gaza or the West Bank] and the revocation of residency permits,” Aharonovitch told Channel 2’s Meet the Press Saturday. “We know from past intifadas and past experiences that this [deterrent] works,” he said.

It should be noted that the law currently allows for the revocation of citizenship for Israelis convicted of terror or espionage. The proposal would extend those powers to include the removal of residency rights for non-citizens with legal status in Israel, as well. It would also expand the application of the law to include calling for the destruction of the state, The Times of Israel explained.

MK Danny Danon (Likud) also plans to submit a bill Sunday which would see Israel keeping the bodies of terrorists killed in the act, the Jerusalem Post reports.

“Our unfortunate experience shows us that terrorists’ families turn their bodies into a way to encourage additional terrorist attacks,” Danon said. He added that their funerals become Hamas support and recruitment rallies.

“If we bury terrorists’ bodies and don’t return them to their families, we will stop and prevent potential terrorist events,” he concluded.

These measures come in addition to home demolitions of terrorists, such as that carried out last week.

Tensions still run high in the Holy City, as Mayor Nir Barkat works to implement added security measures to protect the local population. Most of the measures were set to take effect Sunday, too late to prevent two Jewish seminary students from being attacked and beaten Friday night. They reached their seminary safely and were treated for their injuries, reports Israel’s Channel 2 News.