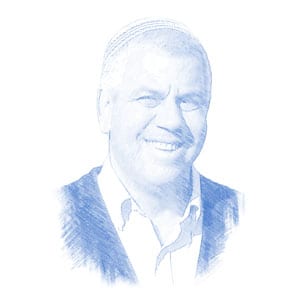 There has long been a debate over the legacy of former Prime Minister Yitzchak Rabin. The anniversary of his assassination having recently passed, the issue periodically remerges about whether we should memorialize and reflexively praise the “Oslo Prime Minister”, or whether we should sharply criticize the many questionable aspects of his legacy. I, for one, prefer to focus on the importance of unity, as it relates to the horrible assassination of a prime minister, most likely by another Jew, and to use that focus to increase respect and cooperation, despite the many differences within the Israeli populace.

Another legacy often overlooked in the general Israeli public is that of former MK Rabbi Meir Kahane, whose memorial day was observed this week. Kahane’s legacy has become especially relevant in these past few years, as we have faced an increase in the frequency of wars; as well as in the past few weeks, during which we have experienced a sharp rise in terror attacks. Kahane’s legacy, despite the red light that it sets off in many mainstream Israelis, should be carefully examined, in order to learn important lessons that may help us to confront some of today’s existential challenges.

Rabbi Kahane was steeped in Torah knowledge, which he acquired from both ultra-Orthodox (Haredi) and Zionist rabbis, as well as from the great sages of the generations, but he also possessed extensive secular knowledge and held two higher degrees from American universities. A strong defender of Jews in America, in the former Soviet Union, and elsewhere, Kahane founded the Jewish Defense League and coined the slogan, “Never Again”, which meant that never again should Jews remain passive when Jewish lives are at stake. He was an extremely passionate Zionist who proudly recited the Hallel prayer on Israel’s yearlyIndependence Day (with a blessing) and he eventually made Aliyah to Israel.

In Israel, as before, Kahane had his many detractors and he had an aggressive political style that delighted many of his followers. However, that same characteristic also turned away many would-be supporters. Nonetheless, he was an undeniably effective catalyst, whose message resonates to this day. Kahane dared to sound the warning thirty years ago about a then rapidly growing birthrate in a hostile Arab population, coupled with a then dormant Jewish birthrate. Thankfully, this is one warning that hasn’t fully come to fruition, as Jewish Israelis are now returning to traditional family life in increasing numbers and the birthrate gap is quickly closing, an impressive trend that is evident across the religious spectrum. Whether this change was influenced by the warnings of Rabbi Kahane, and/or those of other vocal transfer advocates like former MK Rechavam Ze’vi (whose memorial day also recently passed), the message of the demographic danger was apparently well absorbed by the Israeli public.

Alongside Kahane’s insistence on a policy of transfer/expulsion for the enemies of Israel and his strong advocacy of a no-tolerance policy towards terrorism, he was also passionate in his encouragement of Jews to return to their religious roots, and was second to none in his urging of assimilated Jews living in the diaspora to return home to Israel, and especially to its idealistic young communities in the biblical heartland of Judea and Samaria.

He was often called a racist, as well as far worse names that cannot be mentioned here, by a left-controlled media that despised him, and refused to engage in honest debate on the real issues that he was raising, and he also wasn’t trusted by some right-leaning Israelis, some of whom considered the often abrasive Kahane style in confronting Israel’s Arab population to be counter-productive. Legitimate arguments could have, indeed, been made about the effectiveness or correctness of Rabbi Kahane’s tactics, but the questions that he raised about the innate disloyalty of the Israeli-Arab (now mostly Muslim) population were relevant and critical even then and needed to be discussed, not ignored. It’s certainly reasonable to conclude that if these issues hadn’t been ignored in Kahane’s time, we wouldn’t be faced with the brazen riots and terrorist attacks in the streets of Jerusalem today.

Instead, the other Israeli politicians attacked the messenger, and in an obscene disregard for freedom of speech, voted to silence him and banned him from the Knesset. Several years later, he was murdered in New York by El-Sayid Nosair, a Muslim terrorist with ties to the first World Trade Center bombing and to Al-Qaeda terrorists.

We see today that many of Rabbi Kahane’s positive ideas have been internalized and adopted by current Knesset members and by other influential people in Israeli society. Not all are willing to acknowledge that influence for fear of being slandered themselves as “Kahanists” or “extremists” by a still left-dominated media, but that really doesn’t matter, because any message is always more important than the messenger. And that is the value of a catalyst, as well as the significance of his legacy.