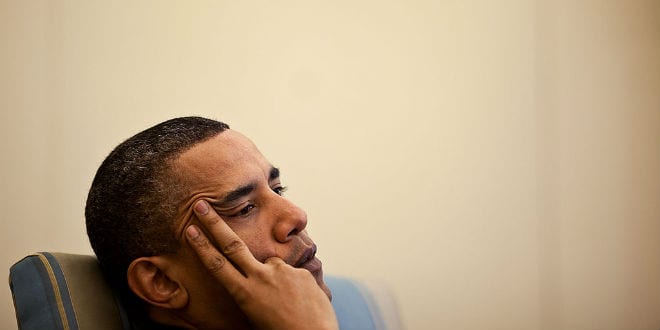 As Americans headed to the polls on Tuesday in the midterm elections, many supporters of Israel wondered what the outcome of the elections would mean for the Jewish state.

The results are in and it looks like Israel has gained a major foothold when it comes to bolstering support for Israel among American lawmakers.

Republicans picked up seven seats in the Senate, giving them 52 out of a total 100 seats. In the House, several high-profile races ended in Republican victory, including Florida and Wisconsin. The usually Democratic-leaning states of Maryland, Illinois and Massachusetts turned from blue to red.

The results are a major blow to the Democrats, especially US President Barack Obama. Obama now faces an uphill battle during the remaining two years of his presidency with a Congress that is now controlled by a party that firmly and vocally opposes his policies.

The American people have spoken and they are not happy.

Elie Pieprz, the Director of External Affairs for the Yesha Council and a former DC lobbyist, explained to Breaking Israel News that the election results were a bit surprising and created a “much bigger wave than expected” among Republican support.

“The election results are consequential for Israel, especially since Netanyahu is trying to bypass the White House,” Pieprz said.

“The Democrats are trying to differentiate themselves from Obama, who has been radioactive to Israel and the Democratic Party as a whole,” Pieprz said, referring to the rising tensions between the Obama administration and Netanyahu.

In light of the results, Pieprz explained that Obama can either gracefully bow to the needs of the American people or work with Congress, or he can do the opposite. Democrats now have the task of redefining themselves outside of the Obama narrative.

“Many Democrats have seen the mistakes of the Obama administration. In the 2016 presidential election, we will see many Democrat and Republican candidates who will want to restart the relationship with Israel,” he said.

“Many Democrats will say they have a different approach to Israel than Obama. The toxicity of communication between the two administrations is something the Democrats don’t want to replicate again.”

While Obama has hit some pretty intense lows when it comes to foreign policy, Pieprz said that when it comes to Israel, the president has been very “successful in pressuring and pushing Israel.” However, with Congress in the hands of the Republicans, the threats imposed on Israel by the Obama administration will be that much tougher to see through.

“When it comes to Israel, the Senate has more responsibility and authority in regards to foreign affairs,” Pieprz explained. “Now we have a number of Republican senators who are fairly strong in foreign policy and very pro-Israel.”

One such senator is Tom Cotton (R-AK), a Gulf War veteran who is “very strong in international affairs.”

In the House, Representatives such as Lee Zeldin (R-NY), the only Jewish Republican in Congress who “campaigned with a strong religious perspective on Israel; Carlos Curbelo (R-FL), “a very solid advocate on behalf of Israel”; Alex Mooney (R-WV), who has been to Israel a number of times, worked in Christian political movements and is a “strong asset in the House”; and Mia Love (R-UT), the first African-American female Republican who uses her Mormon religious beliefs to “govern her positions and Israel is certainly one of them,” will be fresh faces and vocal allies of the Jewish State.

“To have these kinds of personalities in Congress is very consequential for Israel,” Pieprz stated.