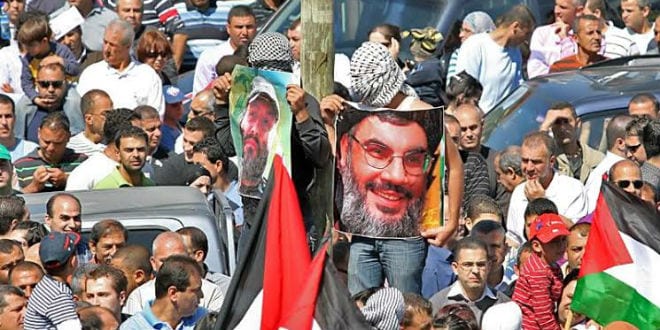 In an interview with Army Radio, he warned that while there is no concrete evidence of these tunnels, “this idea of going below ground is not foreign to Lebanon and is not foreign to Hezbollah, and so we have to suppose as a working assumption that there are tunnels. These have to be looked for and prepared for.”

Residents in the area have occasionally reported sounds of digging under their homes since the second Lebanon war in 2006, but no tunnels have been found to date.

Still, Golan urged listeners to take these concerns in context. He feels the tunnel threat is “being exaggerated,” saying it is simply a “new operational challenge.”

Israel discovered its vulnerability to underground infiltration during this summer’s Operation Protective Edge, as dozens of tunnels were found and destroyed, and several potential attacks were foiled. In response, the country is working to develop effective tunnel-detecting technologies over the next two years.

Golan deemed Hezbollah a greater threat to Israel today than Gaza. The Lebanese terror group’s fire-power is estimated to be ten times that of Hamas at the start of this summer’s conflict. And, he added, northern residents will not be able to rely on the Iron Dome missile defense system the way southern and central Israel did during the operation.

“The IDF will not be able to provide the same umbrella [air defenses] that it provided in the South. I assess that we will be able to intercept mainly the rockets and heavy missiles, and less the regular rockets. The biggest challenge regarding the Israeli home front at the moment is to explain that a clash in the North will not look like a clash in the South. There will be many more hits to the home front,” Golan stated.

At the moment, he assessed, Hezbollah is preoccupied with fighting alongside President Bashar Assad’s forces in Syria. However, should the terror group renew its aggression, Israel would respond in kind.

“We and Hezbollah are conducting a kind of mutual-deterrence balance,” he said, but “there is no absolute deterrence. Each side has its pain threshold, its restraint threshold, which, when passed, prompt it to take action.”

Earlier this month, Hezbollah wounded two IDF soldiers with explosives set alongside the Israel-Lebanon border. Israel asked the UN to demand Hezbollah disarm following the attack, but instead a UN envoy met with Hezbollah deputy leader Sheikh Naim Qassem.  The envoy, Staffan de Mistura, claimed the meeting was aimed at finding a political solution to the fighting in the region.