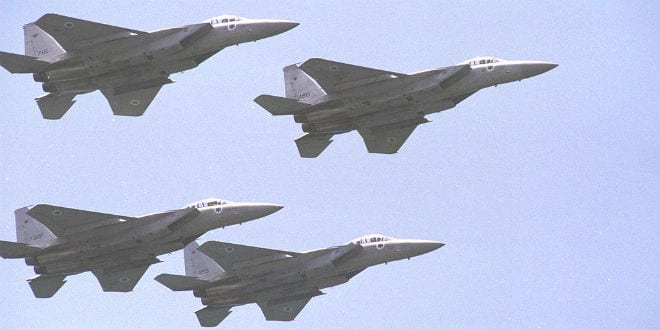 Once considered the underdog of the region, the IDF has come along way since its inception some 66 years ago.

The ranking of Middle Eastern armies were based on various criteria such as strength, budget, size of standing army and number of tanks and aircraft. Other criteria included battle experience with both conventional armies and asymmetrical forces, of which Israel has plenty.

A similar report published earlier in the year ranked the overall military strength of the top 11 militaries in the world. The IDF came in at number eleven. In the earlier ranking, the Turkish military came in eighth, followed by South Korea and Japan, with Israel ranking last.

In spite of the obvious discrepancy, there is little doubt that the IDF is definitely one of the top military powers in the world.

The high overall rankings of the IDF are attributed in part to the “energetic domestic defense industry (which) gives Israel a qualitative edge over all of the region’s other militaries.” Other factors include Israel’s space assets, advanced fighter jets, high tech attack drones as the claim that Israel has nuclear weapons.

The IDF is also noted for its experience in “securing a few of the most problematic borders on earth,” and for never having “attempted a coup or ruling the country directly, unlike several others on this list.”

“Pilot to pilot, airframe to airframe, the Israeli air force is the best in the world,” said Chris Harmer, a senior naval analyst at the Institute for the Study of War, and with the soon to be delivered state-of-the-art F-35’s the rating should only increase.

However, one of the items that the report neglected to consider is the IDF’s naval prowess. With six new submarines considered to be among the most sophisticated conventionally powered submarines in the world, and which are capable of carrying a combined total of up to 16 torpedoes and Submarine Launched Cruise Missiles (SCLM’s), the naval branch of the IDF vaults the military might of the country even higher.

The cruise missiles on board the Dolphin Class submarines have a range of at least 1,500 km (930 miles) and are widely believed to be equipped with a 200-kilogram (440 lb) nuclear warhead containing up to 6 kilograms (13 lb) of plutonium.

The latter, if true, would provide Israel with an offshore nuclear second strike capability, something that currently only seven other countries in the world possess and one of those, Pakistan, did not make the list of the world’s strongest armies.

To put that into perspective, a Dolphin Class submarine sitting in the Haifa harbor could potentially fire a Cruise missile that would land a mere 70 kilometers outside of Tehran, thus creating a very palpable deterrence for any local or foreign power to outright attack Israel.