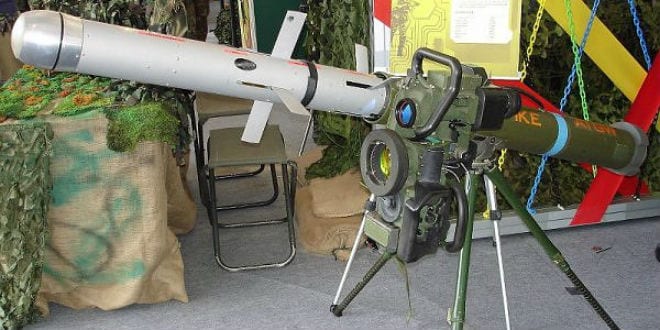 India is set to buy at least 8,000 Spike missiles and more than 300 rocket launchers in a deal estimated to be worth 32 billion rupees ($525 million), a defense ministry source told AFP.

According to the defense official, the Spike missile was specifically chosen because “it’s a fire and forget kind of missile.”

“You can say there was a rival bid from the US for its Javelin missiles,” the official said, adding that the Indian army tested the Spike missiles “successfully last year.”

The latest arms deal comes as India’s government approves defense projects worth $13.1 billion to modernize its military. The government is seeking to speed up many long-delayed defense orders as tensions escalate along India’s border with nuclear-armed rival Pakistan and with China.

Last month, India agreed to buy 262 Israeli-made Barak 1 surface-to-air missiles for its navy in a deal worth $144 million. India is also considering purchasing Israeli-made AWACS surveillance aircraft. Should the deal go through, it would be worth $1 billion.

India is currently the largest buyer of Israeli defense goods. Israel’s military delegation to India is the second largest to any country, behind the United States. Both countries have agreed to bilateral ties in many areas such as science, defense and technology.

Under new Indian Prime Minister Narenda Modi, bilateral ties appear to be flourishing. Last month, Israeli Prime Minister Benjamin Netanyahu met with Modi in New York and told him “we are excited about the possibilities of stronger ties with India, and the sky is the limit.”