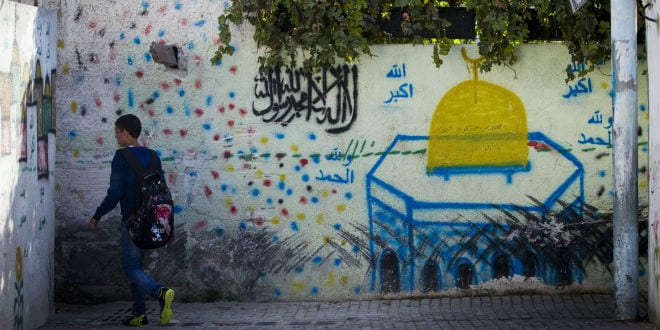 Khalid al-Shawabka, Jordan’s Ambassador to the Palestinian territories, said that the Jordanian government is seeking to block a bill that is being voted on for ratification in the Knesset that would allow Jews to pray on the Temple Mount.

Al-Shawabka said that the resolution would divide the Temple Mount compound between Jews and Muslims.

“Jordan’s foreign minister has sent strongly-worded messages to foreign ministers of member states of the UN Security Council and to the UN demanding an end to the systematic assaults on the Al-Aqsa Mosque and on worshipers,” he told Palestinian Ma’an News Agency.

Al-Shawabka said that “the Al-Aqsa Mosque and Jerusalem are red lines,” using the Muslim name for the Temple Mount compound. He said that the Israeli governments push for expanded prayer on the Mount is “unacceptable.”

Jews, Christians and all non-Muslims are forbidden from praying or conducting any religious rituals on the Temple Mount. The site is considered the holiest place in all of Judaism and the third holiest in Islam. It is currently controlled by the Muslim Waqf.

He called on Muslims to fulfill their religious duty by using “all means” necessary to prevent Jews from what he referred to as desecrating the Temple Mount compound.

Jordan views itself as the sole custodian of holy sites in East Jerusalem. According to al-Shawabka, King Abdullah II recently donated $3.5 million from his own pocket towards projects at the Al-Aqsa mosque.

In September, Israeli Prime Minister Benjamin Netanyahu ordered a ramp that had been built next to the only entrance to the Temple Mount for non-Muslims to be torn down. Jordan demanded that Israel take down the ramp. Netanyahu had the ramp demolished in order to avoid a diplomatic spat with Jordan.

MK Miri Regev (Likud), the sponsor of the bill, told Haaretz in May, “There is no reason that Jews should not be allowed to pray in the holiest site in the world.”