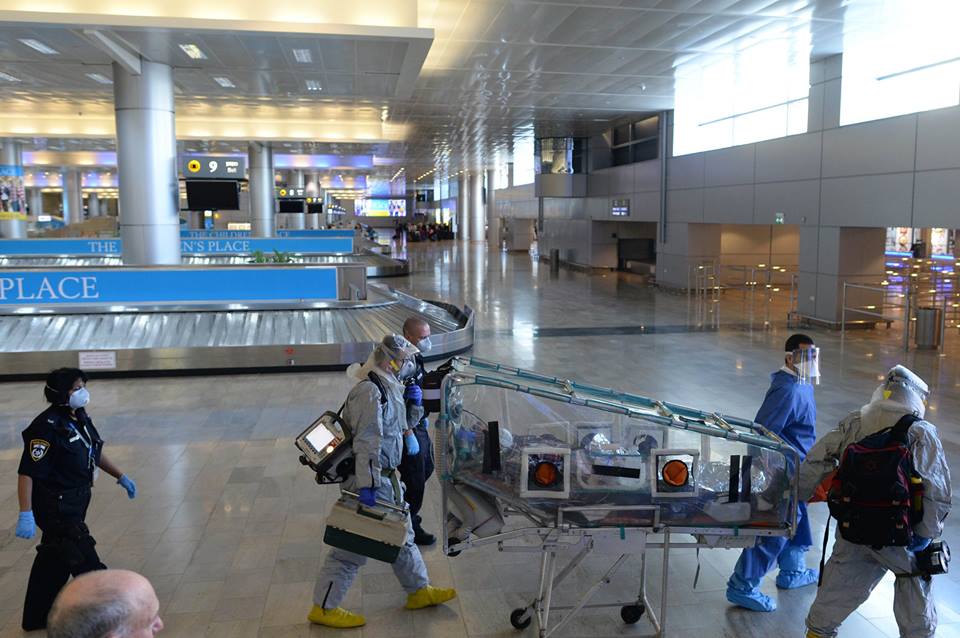 At the behest of the Israeli government, Ben Gurion International Airport began implementing new protocols to prevent an outbreak of the Ebola virus in Israel.

While none of the airlines that arrive into Ben Gurion arrive directly from West Africa, screenings have been focusing on passengers traveling via connecting flights, usually operated by Egypt’s Air Sinai and Turkish Airlines.

Part of the precautionary measures include testing passengers for fever or other Ebola related symptoms at the airport. Screening protocols have been in effect since Sunday.

Previous screenings included only those countries greatly affected by Ebola: Liberia, Guinea and Sierra Leone. The government has since expanded screenings to any passenger that arrives from Africa.

The first groups of passengers officially tested were part of an Air Sinai flight. 70 passengers were escorted to Terminal 1, where their temperatures were taken using infrared thermometers. These specialized thermometers can be taken from a short distance and minimize contact with potential Ebola patients.

All of them were released following the medical examinations.

According to Health Ministry guidelines, any travel who has in the past three weeks visited a country where Ebola is prevalent and has a fever of 100.4 degrees Fahrenheit (38 degree Celsius) are to be immediately evacuated to a hospital for isolation and treatment.

Aside from airport screenings, the Health Ministry ordered the formation of two specialized emergency treatment centers for potential Ebola patients.

Isolation areas at the Rambam Medical Center in Haifa and the Chaim Sheba Medical Center at Tel Hashomer outside Tel Aviv have been equipped with special isolation tents and supplied with all materials needed to treat Ebola by the Health Ministry’s Emergency Management Unit.

Doctors and nurses in the infectious diseases ward in both hospitals underwent special training to learn how to properly care for Ebola patients. They also underwent testing on the various protocols that must be followed to safely transfer Ebola patients from emergency rooms to isolation units.

So far, there have been no diagnosed cases of Ebola in Israel.