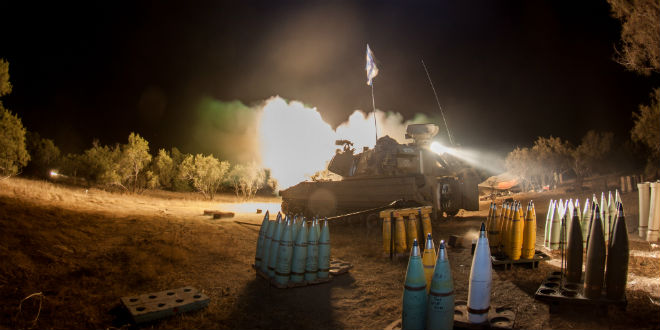 Following the temporary embargo placed by the Obama administration on weapons shipments to Israel during Operation Protective Edge, Israel is taking steps to not have to rely in the future upon the kindness of strangers.

Officials from Israel’s Defense Ministry who wished to remain anonymous told NRG that Israel will focus more on bolstering its own internal manufacturing of weapons.

The sources explained that the Defense Ministry arrived at the conclusion that they will no longer develop or manufacture even one sensitive armament in the US any longer. This decision comes as a response to the Obama administration’s decision to halt much-needed weapons to Israel during a time of war.

The cost of manufacturing and developing the weapons will now fall on the Israeli taxpayers as opposed to being deducted from the military’s grant money that Israel receives from the US.

Israel will also undergo the manufacturing and development of its own missiles to replace the missiles provided by the US.

The decision will not seriously affect the security situation in Israel, but does point to a serious chasm in diplomatic relations between Israel and the US.After Operation Protective Edge, Israel was forced to realize that it can no longer depend on the US during its time of need.

The Wall Street Journal first reported the Obama weapons embargo as applying only to Hellfire Missiles during the recent war. However, NRG revealed that the US administration broke off all contact with the Israeli delegation in charge of securing the munitions. The break in contact lasted for days, during which the US refused to allow any munitions at all to be transferred to Israel.

The crisis began when the US accused Israel of not taking enough care to avoid civilian casualties in the Gaza Strip, approximately ten days after the beginning of Operation Protective Edge. NRG reported that it now seems that the order to halt the munitions shipment came from the White House. Similar steps were taken during the Yom Kippur War in 1973, as well as during the First Lebanon War in 1982.

Due to the refusal to ship arms, the dependency upon American munitions is being revisited at the highest level in Israel. One of the possible options being explored by defense officials is to stock up on American made arms ahead of any conflict in tandem with the development of munitions to replace the US made munitions in house.

Tenders worth billions of shekels have already been submitted by both Israel Air Force Industries and Rafael Industries, two major Israeli defense firms. It is hoped that these arms companies will be able to replace US made ones, as per request by the government.

In spite of its criticism towards Israel, the US has continued to support the Iron Dome missile defense project and has paid for the majority of the Iron Dome batteries currently deployed around Israel under a special budget which is on top of the regular financial aid that the US provides to Israel on a yearly basis. The financial aid is used for big ticket expenses such as the future purchases of F-35 fighter jets.