Police in Israel Make Startling Discovery that Leads to a Miracle 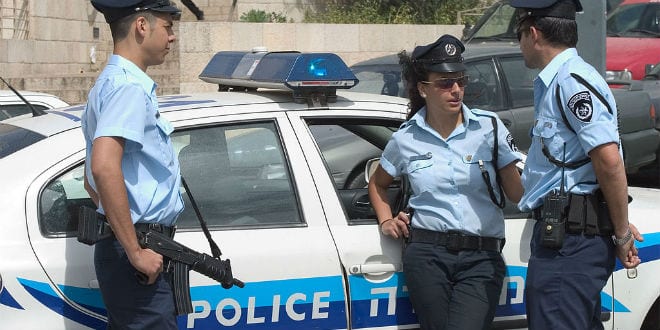 Sometimes the most amazing acts of kindness result from terrible situations. One such story unfolded in the small southern city of Ofakim, a city close to the Gaza Strip, this past week.

According to the Ofakim police department’s website, police received a “disturbance” call due to loud noise coming from a family’s dilapidated apartment.

After receiving the call, which reported “continuous loud shouting,” Officer Staff-Sergeant Uri Tzikol rushed over to the apartment with a local volunteer fearing that it would be a situation involving domestic abuse.

Upon arriving on the scene, Tzikol discovered that the noise was coming from the television that had been turned up to full volume. The officer interviewed the family in order to make certain that everything was alright.

During the conversation he discovered that the family were new immigrants to the country who do not speak Hebrew very well. Tzikol continued to clarify the situation with the father, and finally understood that the family does not have enough to eat, nor enough spare clothes. The apartment was in horrible condition and the family only had one bed which they all shared.

Tzikol decided to take matters into his own hands. Shocked at the conditions the family was living in, Tzikol reported his findings back to the precinct in Ofakim and received instructions to stay with the family.

This one small act began what can only be described as a miraculous intervention to literally help save lives in Israel – but in a different way than the police are used to.

After reporting the terrible living conditions of the family, the dispatcher and head of logistics for the precinct began simultaneously organizing all of the other available officers to gather items that the family was missing, including furniture, clothing and food. Even the wife of the logistics officer got involved and volunteered to help cook for the family.

An intelligence officer in the nearby Netivot precinct, having overheard the reports on the radio, approached the officers of his precinct, which is in a nearby town, and they too began collecting money for the new immigrants.

He also posted a message asking for donations on his private Facebook account, which brought in many donations from all over the city. The officers of Netivot precinct then took it upon themselves to refurbish the apartment for the new immigrants in Ofakim.

The Ofakim precinct has since “adopted” the family and recently visited them in order to bring them food, supplies and to make sure that they had everything they needed for the holidays. The officers even built a sukkah for them.