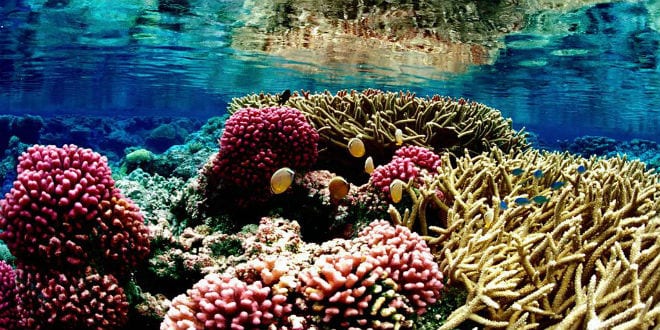 Once again, an Israeli start-up is making waves, this time in the desert.  OkCoral farms coral in fish tanks, far from the sea.  The goal: to produce bone scaffolding from the coral for medical and dental use.

Six years ago, Assaf Shaham started the company, and has dedicated his life to it since.  In fact, he told CNN’s Middle East Marketplace, he has not left his lab for more than 12 hours since he began.

“For me, it’s 100% learning as I go. I take the mother colony, and I cut off a branch of the coral with a diamond saw. Then I glue it to another base made out of cement,” said Shaham.

The water in which the coral grows must be kept perfectly balanced at all times, or the coral will die. Part of that delicate balance is the fish which swim among the coral.  They eat the algae off the coral, and their waste and movements help the coral grow.

It is expensive to run the coral farm. Shaham’s electric bills top $4,000 a month, even with solar energy to offset the costs.  However, the market is lucrative.  While a small vial of coral for medical use costs $5 to $10 to produce, it sells for about $250.

Shaham works with CoreBone, another Israeli company, which produces bone scaffolding from the coral.  Using coral to grow bone replacements is not a new idea, but “by harvesting the corals ourselves we could control the coral’s quality,” CoreBone CEO Ohad Schwartz told NoCamels last year.  Unlike sea-harvested coral, farmed coral does not carry diseases that could contaminate the product, and the human body does not reject coral implants the way it might with human or animal replacements.

“On the one hand, a coral is perfect for growing bone. It is made of calcium, which is a main component in human bones and is also as strong as human bone, and on the other, it is porous, so blood vessels can grow inside it,” said Schwartz.

Another advantage of the farmed coral is its sustainability. “We have a constant supply,” says Schwartz.  “We don’t have to worry that in several years, harvesting from the sea could be forbidden.”

CoreBone is still awaiting approval to enter the US and EU markets, but that is expected to come through within the year. They plan to begin with dental implants, as the field is less restrictive. Eventually, they hope to break into the orthopedic market, where coral holds a $1 million dollar share of the $3.5 billion industry.