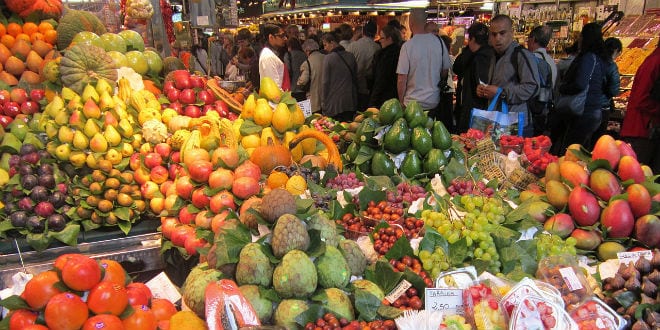 In the waning months of the Jewish calendar year (the Jewish new year falls in September), Israel’s Knesset has approved a budget for the upcoming agricultural sabbatical year, or shmita. On June 1, the Knesset authorized a NIS 100 million ($28.8 million) investment in the religiously significant period.

Every seven years, according to the biblical injunction, the land of Israel is to be left fallow, and Jews are forbidden from harvesting even that which grows naturally, without human intervention.  People may pick only what they can use for their families for a few days at a time, and fields must be left unguarded so that anyone may help themselves.  However, in today’s non-agrarian society, most people are dependent on farmers to tend, harvest and sell their produce for food, all things which are forbidden during shmita.  Farmers, too, are dependent on the income they earn for their efforts.

Since the return to the land of Israel, creative solutions have been implemented to enable farmers to observe the shmita year without harming them, the economy and society at large.  The NIS 100 million, which is to be administered jointly by the religious services and agricultural ministries, under the supervision of the finance ministry, will help with the implementation.

The budget will be divided among a variety of projects.  NIS 45 million will subsidize farmers who abandon their farms temporarily in honor of the shmita year, and another NIS 20 million will support those who do not harvest, but do minimally maintain their orchards as permitted by Jewish law.  NIS 11.5 million will fund educational initiatives to train farmers in the laws of shmita.

NIS 11 million will be used to form public produce treasuries, called otzar beit din, which permit the farmer to gather and distribute produce which has grown spontaneously for the benefit of the entire community, while NIS 5 million will go towards hydroponics and non-Jewish greenhouses, both of which fall outside the restrictions of shmita.  NIS 2 million each will be allocated for the distribution of information pamphlets to the public and the post-shmita ceremony at the Western Wall, called hakhel, or gathering, in remembrance of the biblical tradition in Deuteronomy (31:10).

The allocation of the budget was a cause for political infighting between the two supervising ministries and the Chief Rabbinate over who would be permitted to distribute the funds, but the matter was ultimately resolved.

Other tensions were anticipated already in January, when Ashkenazi Chief Rabbi David Lau spoke at a rabbinical gathering.  He mentioned past disagreements over a shmita loophole known as heter mechira, in which Jewish farmers temporarily “sell” their land to non-Jews, then continue to farm as usual.

While the Sephardic Rabbinate generally supports the heter mechira loophole, the ultra-Orthodox Ashkenazi establishment does not. Lau said, “I told the Rishon Letzion (Rabbi Yosef) that unfortunately there are rabbis who will try to make controversy between us, but in our positions we will sit together G-d willing ten full years without ‘please part from me’ (Genesis 13:9),” referring to the biblical story of Abraham and Lot, who parted ways, according to Rabbinic tradition, over a legal-religious disagreement.