IDF Program Helps Prevent PTSD with Treatment on the Battlefield 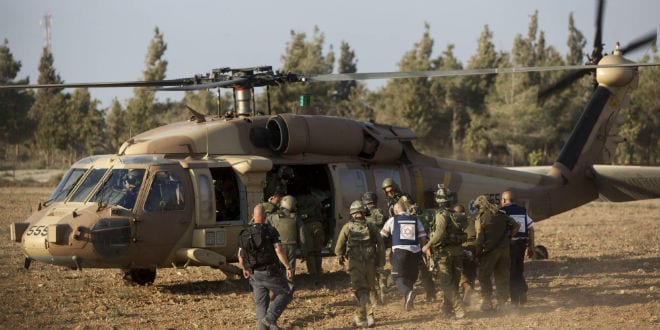 The program, known as Magen or Shield in English, was developed by the corps’ Mental Health Department.  It offers all combat soldiers special training to recognize and respond to symptoms of acute trauma in their comrades.

The aim of the program is to reduce the overall number of soldiers who suffer from PTSD, as well as increase the sense of competence felt by troops.  This represents a significant conceptual change in the approach to treating PTSD.

Until now, shell-shocked soldiers were evacuated alongside other wounded soldiers, but by offering immediate treatment in the field, the IDF is able to prevent potential cases of PTSD.

The program was developed in response to the trauma experienced by dozens of soldiers who witnessed the death of 20-year-old 2nd Lt. Hila Bezaleli in 2012.  Bezaleli was rehearsing with a group of soldiers for the country’s main Independence Day celebrations at Jerusalem’s Mount Herzl when a heavy light fixture adjacent to the stage collapsed, killing her and wounding seven others.

Soldiers began receiving training in the program in early 2014.  The training consists of an eight-hour course which is open both to regular and reserve soldiers.

A senior medical corps officer explained the logic behind the program.  “The people standing next to soldiers who’ve been traumatized on the battlefield are their friends, not a military psychologist. The person who could best recognize a change in a soldier’s behavior is the soldier bunking next to him.”

Although figures showing the long-term emotional effects of the operation on soldiers have not yet been released following Protective Edge, the medical corps says its mental health personnel treated hundreds in the field during the operation, and were able to assist 80 percent of them in returning to duty.

“The reports we received from the field suggest that overall, and compared to previous operations, there was a significant decrease in the number of shell-shocked soldiers,” the officer said.