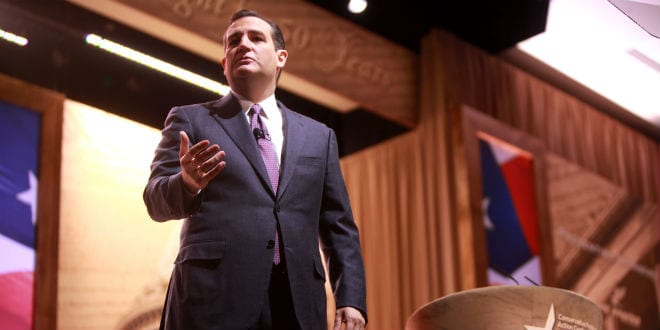 US Senator Ted Cruz was booed offstage this week while speaking at a conference for Middle Eastern Christians.

Cruz, the keynote speaker at the dinner gala of the non-profit In Defense of Christians (IDC), caused an uproar amongst the audience when he said that “Christians have no greater ally than Israel.”

Turning his speech to radical Islamist terror groups wreaking havoc across the Middle East, Cruz condemned their use of religion to justify acts of terror.

“Religious bigotry is a cancer with many manifestations,” he said. “ISIS, al-Qaeda, Hezbollah, Hamas, state sponsors like Syria and Iran, are all engaged in a vicious genocidal campaign to destroy religious minorities in the Middle East….Our purpose here tonight is to highlight a terrible injustice, a humanitarian crisis.”

“Christians have no greater ally than Israel,” Cruz stated, at which point the audience began to boo the senator and yelled out for him to “stop it.”

Despite growing unrest and continued calls to leave the stage, Cruz continued, “Those who hate Israel hate America. Those who hate Jews hate Christians. If those in this room will not recognize that, then my heart weeps for them.”

These last sentiments expressed by Cruz led to greater calls of “stop it, stop it, enough” and even louder booing by the audience. “Out, out, leave the stage!” could be heard repeatedly. IDC’s president Toufic Baaklini came out on the stage to calm down the audience, but Cruz had already had enough.

Speaking with the Washington Free Beacon after the event, Cruz was shocked at the level of “hatred and bigotry” he experienced at the conference, going so far as to say it was unlike anything he had ever experienced in his political career.

“I’ve certainly encountered audiences that disagreed with a particular point of view. But this virulent display of hatred and bigotry was remarkable, and considerably different from anything I’ve previously encountered,” Cruz said.

“The division and anti-Semitism expressed tonight by some of the crowd is not reflective of the teachings of Christ, and is in fact directly contrary to the tenets of Christianity,” Cruz stated.