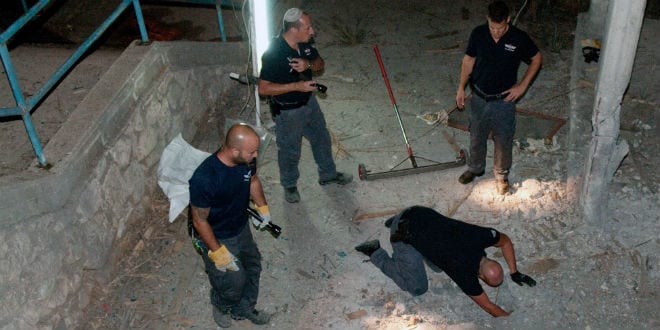 Rockets fired from Syria slammed into the Golan Heights early Sunday morning following rocket fire from Lebanon the night before.

“At least five rockets fired from Syria hit different locations across the Golan Heights,” the IDF confirmed in a statement.

The strikes, which occurred around 1:30 am Sunday morning, caused no casualties an army spokeswoman told AFP. Several people were treated for shock.

The spokeswoman said that it was not clear who launched the rockets. The IDF did not return fire.

In July, a rocket fired from Syria landed in northern Israel, prompting the Israeli army to shell Syrian army positions. In June, the IAF struck Syrian military headquarters and positions after an Israeli teen was killed in a cross border attack.

“The rocket that was fired from Lebanon hit the Upper Galilee,” the IDF said in a statement. The army did not return fire but sent “a strong protest” to the United Nations Interim Force in Lebanon, which is responsible for monitoring the border between Israel and Lebanon.

The rocket attack comes on the 47th day of the conflict between Israel and radical Islamist terror groups in the Gaza Strip.

There was no immediate claim of responsibility for the rocket fire from Lebanon. Lebanese security sources believe that the rocket was fired from Dheira, located three kilometers (two miles) from the border with Israel.

Two five-year-olds were reported to have been injured by flying shrapnel.

On Sunday, the Lebanese news outlet A-Nusra reported that the Lebanese Army has located the rocket launcher used in Saturday night’s attack.

According to the report, the launcher was discovered in an area between the towns of Alma al-Shaab and Al-Tz’hira. The army is currently moving the launcher to an army base for inspection.

Since the start of Operation Protective Edge, nine rockets have been fired into Israel from Lebanon. In several instances, the Lebanese Army arrested terrorists responsible for some of the rocket fire into northern Israel.