Some Wounds of Gush Katif Too Deep to Heal

Home » Some Wounds of Gush Katif Too Deep to Heal 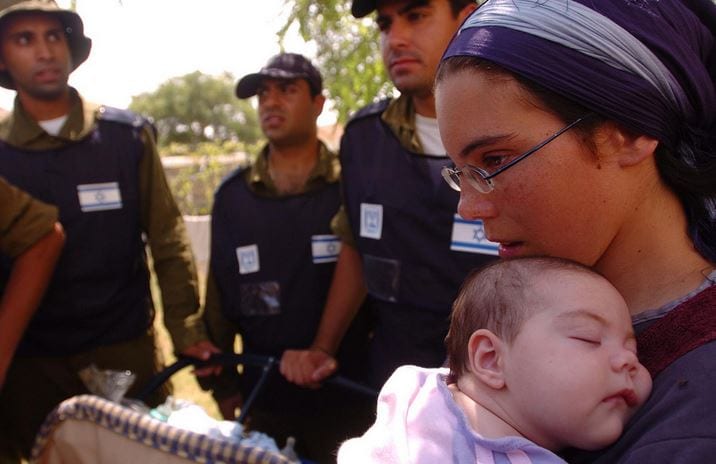 Some wounds are too deep and too painful to heal.

Losing one’s home, livelihood, neighborhood, friends, and even one’s way of life all because of a governmental decree can be one such wound, and is one such wound for many of the deportees from Gush Katif.

Add to that loss the deplorable way in which the government at the time, as well as successive governments have pretty much ignored the continuing problems that they have inflicted upon the evacuees, many have found it extremely difficult if not impossible to find gainful employment.

Over one third of the evacuees were farmers whose land was confiscated as well as their homes. Once prosperous families have been left with literally nothing, and no hope of regaining what they once had, all because of a government decision, which in the long run is becoming more and more difficult to defend or even understand.

While the scar is now nine years old this wound won’t seem to heal.

The government of Israel has maintained the position that they have done everything that they can to help the evacuees of Gush Katif get back on their feet. However, many families simply have not been able to do so.

With government payouts that ranged from $450,000 to $750,000 depending upon the size of the house in Gush Katif  owned and the amount of time that the family spent there, many families have found it increasingly difficult to find their way financially and even more important, emotionally.

Rachel Saperstein, a former resident of Gush Katif who lived there for close to twenty years and is now living in Nitzan, a temporary housing community set up for the evacuees, told Breaking Israel News: “They gave us an amount of money and said, ‘That’s it. Go build your house.’ Well, prices have gone up significantly since then. We’re stuck with a house that’s half -built. We have flooring in but we can’t afford to finish it.”

She says hundreds of families are in a similar situation, and can’t afford to finish building their new homes. Some 1,800 families were evacuated from Gaza in 2005. So far, only about half have moved into their permanent homes, and the other half are either renting apartments or live  in Nitzan.

Shlomo Yarimi, founder of Olelot Katif told Breaking Israel News; “There are many families whose whole lives were invested in Gush Katif, and have no way to build a new house. The government does not help them, and they have no way to make it to the end of the month.

The situation gets worse around the holidays when needs of food increase.”

Yarimi praised his partners in charity stating that without Karmey Chesed many of these families would simply not have a prayer.

“Karmey Chessed is a real help to these people, without them they simply could not go on. The fact that the entire organization is run through volunteers, is simply amazing, and the work that they do is true kindness,” he said.

Yarimi describes the help that his own organization Olelot Katif, as well as Karmey Chessed do for the displaced families. “We feel in a sense obligated to help. These people need our help, they have come to depend upon us and on Karmey Chessed, and if we don’t help they may not make it through the month. But it is not enough to simply help them. We have to help them 100 percent with all our heart, because if we don’t do that, then it is better not to help them.”

Karmey Chessed excels at not only giving but at making the receiver feel like a complete person again. “Furniture and electronic equipment gets delivered whenever people need it. It just keep coming thank to Aryeh, the director of Karmey Chesed. The work he does is simply unbelievable, and invaluable,” says Yarimi of his partnering organization.

Yarimi said that while some of the families have managed to gain financial independence once again, many still cannot do so, and must rely on the help from Karmey Chessed.

Ayreh Weingarten, head of Karmey Chessed, shared his own personal connection to the evacuees. “One of my relatives is related to the last head of local council from Gush Katif. He has told me about the plight of those who still have not been able to adjust, and it is simply terrible. I felt that we had to do something, and I am thankful that we can do what we can do, but I hope to be able to do more.”

The organization which has also been instrumental in helping special units in the IDF whose soldiers come from low income homes, is making a huge difference for the deportees of Gush Katif as well.

“You can help people anywhere, and it is considered charity. Giving change, giving someone in need a lift, helping a person find directions or someone in need of a hand, all of these are charity. But helping people and making them feel good about themselves, that is a whole different level of charity, and that is what we strive to do,” said Yarimi.