The Only Way to Give to the IDF

Home » The Only Way to Give to the IDF 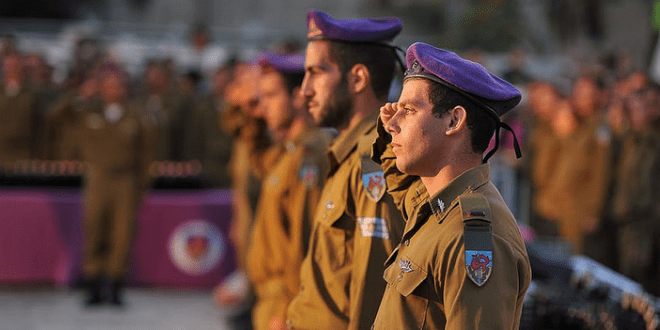 The IDF is clarifying its regulations regarding the acceptance of donations by soldiers or officers coming from private civilians. The IDF is currently instructing commanders of the forces in staging areas near Gaza and in Gaza itself to only accept donations from the LIBI Fund and the Soldiers Welfare Association.

A senior defense source said, “These rules are not new; they are a clarification of rules that have always been in force. The IDF thanks and is grateful for civilians seeking to help soldiers, but also wants to maintain equality in donations and their regulation through the LIBI Fund and the Soldiers Welfare Association.”

The LIBI Fund is the non-profit organization that is attached to a unit of the military with the same name, and is responsible for overseeing donations to the soldiers of the IDF. The unit’s main objective is to provide help and support for IDF soldiers in any capacity possible.

The soldiers involved in the LIBI IDF unit deal with the logistics of receiving the donations and attributing it wherever the IDF logistics branch instructs them to. The actual fundraising is done by non-profit organizations that are associated with the the LIBI Fund.

LIBI is the official fund of the IDF. Established in 1980 by Prime Minister Menachem Begin and the IDF Chief of Staff Rafael Eitan, the goal of LIBI is to provide for the educational, religious, medical and recreational needs of Israeli soldiers.

With the overwhelming amount of donations pouring in ever since Operation Protective Edge began 26 days ago, soldiers in the field said they lacked for nothing. The donations that are arriving are supplying all their needs, with a lot to spare.

Organizations such as Bank Mizrachi, and supermarket chains such as Rami Levy have been donating large amounts of supplies and food to the soldiers. Food magnate Rami Levy has also often been seen bringing food to the homes of slain soldiers and victims of terror, continuously throughout the conflict.

An officer in charge of distribution and allocation of donated items to the army, said, “The items donated are non-essential items which help maintain the welfare of the soldiers. These items, on top of the essentials which the military supplies, give the soldiers a feeling that the population of Israel is supporting them and showing their solidarity.”

“These donations raise the morale of the soldiers immeasurably. The solidarity that these donations show far outweighs the financial value of the gifts, and that is pretty hefty by itself,” he added.

The LIBI spokesperson said that currently the army has been asking for headlamps to help the soldiers who are investigating and destroying Hamas’ tunnel network can navigate more easily.

To make an official IDF contribution through the LIBI Fund, click here.