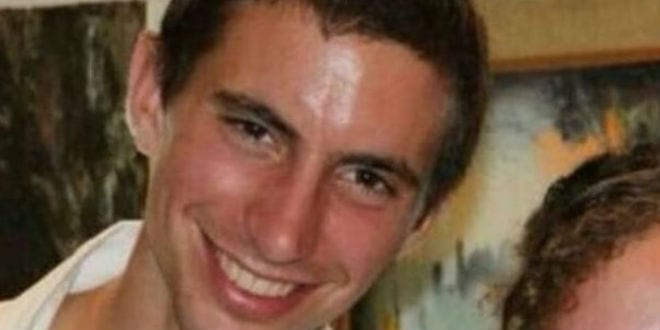 2nd Lt. Hadar Goldin, 23, an IDF soldier kidnapped by Hamas in Gaza on Friday morning, was pronounced dead by the IDF on Saturday night.

A Givati Birgade officer who was engaged to be married, Goldin is now officially listed as a fallen soldier during Operation Protective Edge.

In a statement released by the family, it said that they accepted the news with deep sorrow. Goldin was a close relative of Defense Minister Moshe Ya’alon.

According to the IDF, “findings in the field” show that Goldin was dead. Peretz headed a special panel that looked into Goldin’s death.

Goldin was part of a group of soldiers who had uncovered a Hamas terror tunnel in a rural area near Rafah overnight Thursday. On Friday, he and his unit were working to demolish the tunnel when they were ambushed.

Goldin and two other soldiers – Maj. Benaya Sarel, 26, from Kiryat Arba, and 1st Sgt. Liel Gidoni, 20, from Jerusalem – were killed when a terrorist suicide bomber blew himself up.

Goldin was seized by terrorists and taken into a tunnel back to Gaza. IDF soldiers chased the terrorists back into the tunnel but were unable to stop the kidnapping.

Troops immediately launched an all-out search in the Rafah area on Friday and Saturday.

In a statement after news of the abduction broke, Israeli Prime Minister Benjamin Netanyahu said that “the State of Israel will continue to do its utmost to bring home its MIAs.”

One of four children, Goldin spent his childhood in England while his parents taught at Cambridge University. He and his twin brother Tzur went to school in Kfar Saba and attended the Beit David premilitary academy in Eli.

Both became combat soldiers in the IDF and later trained as officers together. In a joint interview in October with Arutz Sheva, the twins said, “We think everyone should know how to give of oneself, not necessarily in combat but in any area.”

“You must always be prepared to carry the stretcher together, out of a commitment to the people and the country,” they added.

Weeks before being deployed to Gaza, Goldin got engaged to his girlfriend, Edna.

Goldin is survived by parents, Simha and Hedva, his twin Tzur, and his siblings Ayelet and Menahem.