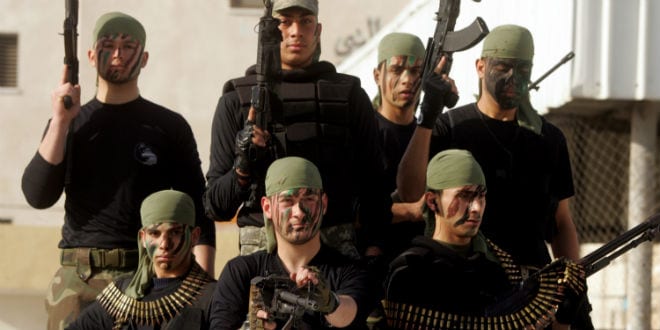 In recent weeks the world has seen IS (formerly ISIS) continuing to commit humanitarian atrocities in the Middle East, such as the enslavement and sale of young Christian and Muslim girls into forced marriages with Muslims, crucifixion of Christians and theft of their property.

The world is witness to the Syrian civil war, which has now enveloped parts of Lebanon and Iraq, and IS continues to escalate and destabilize the area.

The world has seen Russian aggression continue in parts of the Ukraine as the civil war there continues unchecked. Most recently, Ukrainian rebels shot down of a civilian passenger plane uninvolved in the conflict that happened to be flying through Ukrainian airspace.

But often at times it seems the world cease to care about all of that in favor of the conflict continued by Hamas in the Gaza Strip.

Hamas has continually refused to agree to or simply gone ahead and violated ceasefires, both humanitarian and otherwise, in favor of firing rockets at Israel. But what the world does not want to see is that Hamas is not only attacking Israel, they are also victimizing their own people in Gaza.

Not all Palestinians in Gaza agree with or support Hamas, and it is those vocal ones who dare to speak out that Hamas is silencing one way or another.

However, despite Hamas’ best efforts to quash those voices, over the past few days the media has exposed more and more violence inside the Gaza Strip perpetrated by Hamas against Palestinians who dare to speak out against the regime.

Last week, evidence emerged that Hamas is murdering Gazans who speak out against Hamas or against the attacks on Israel. Tens of Gazans from the Beit Hanoun neighbourhood were gunned to death last week Sunday when they protested against the destruction that is taking place in Gaza and openly blamed Hamas for the degradation of their living situation.

One of the protesters even went so far as to shoot a UNRWA worked in the foot for a disagreement about the allocation of food. The protesters, who were starving and trying to get food that was being withheld by the UNRWA at one of their distribution plants, began to get violent.

The situation escalated into a full fledged fight between residents of Beit Hanoun and Jabaliya refugee camp and a Hamas Militia. Hamas declared them as “collaborators with Israel”, opened fire on the group, and killed four of them, while seriously injuring another 20.

The day before, Hamas was faced with a group of protestors at the Al Shifa Hospital which Hamas has been using as their main headquarters to avoid Israeli attack. Hamas militi took a number of the protestors outside and executed them on the spot.

Apparently, in spite of the evidence to the contrary being seen from the seemingly all-out-attacks on Israeli soldiers, Hamas still has what to lose in this war. They are still trying to save face with the citizens of Gaza, and therefore those who oppose them must be dealt with quickly and harshly.

According to Res. Major General Danny Rothschild, the head of the Military Research branch of IDF intelligence, “The worst case scenario for Hamas is for the IDF to finish off destroying the rockets, pull troops out of Gaza, and continue with an aerial bombardment while neutralizing the rocket attacks from afar. We sadly have more than a few days left in Gaza before this is over, and the situation can dramatically change at any moment.”

Hamas’ game plan has been to pull IDF ground troops into Gaza in order to kill or abduct as many as possible, paying no regard to how many Gazans are killed in the process. Hamas fires rockets from densely populated civilian areas, has repeatedly harbored caches of weapons in schools, mosques and kindergartens, even in UNRWA schools or headquarters, and has even used children as human shields to protect buildings by sending them up to the roof to prevent an airstrike from taking out a strategic location.

All of the above cases prove that hundreds of civilian casualties in Gaza are actually caused by Hamas. The situation is only worsening with Hamas now murdering their own people who dare to challenge the outrageous situation that they have been placed in by the militants.

Sadly, it seems that Israel must not only negate the threat of terror from Hamas, but it may need to liberate the Gazans from Hamas for their own safety.