Netanyahu: No Streets Will be Named After Killers of Arab Teen

Home » Netanyahu: No Streets Will be Named After Killers of Arab Teen 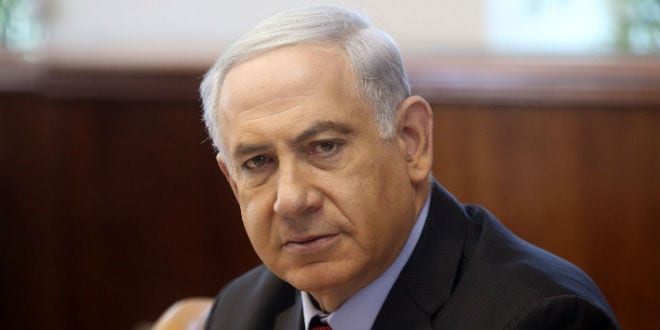 Israeli security forces announced that they had arrested a suspect in connection to the death of East Jerusalem teen Muhammad Abu Khdeir. The teen, whose body was found burned in a Jerusalem forest last Wednesday, set off a firestorm of protests and violence across Jerusalem and parts of Judea and Samaria.

The suspect, who police describe as a fringe extremist, admitted to kidnapping Abu Khdeir, 16, from his Shuafat neighborhood and killing him. According to the Walla! news site, six other suspects were arrested in connection to the crime and admitted their involvement to the Shin Bet security service under interrogation.

The six suspects are barred from meeting with a lawyer and are being held in Israeli prison for up to eight days. One of the suspects has been reported to be cooperating with police and is incriminating his accomplices, Channel 2 reported.

The six suspects are described as radical youths who decided to take the law into their own hands, the report continued. They were not part of a formal extremist group and had no connection to radical influences. However, several of the suspects were known to police for past criminal behavior.

Police believe that the suspects killed Abu Khdeir in retaliation for the deaths of three Israeli youth who were murdered by Hamas terrorists two weeks ago. The bodies of Eyal Yifrach, 19, Gilad Shaar, 16, and Naftali Frenkel,16, were found half buried in a pit in a field near Hebron last Monday.

Israeli officials, from the left and the right, condemned the killing of Abu Khdeir. Public Security Minister Yitzchak Aharonovitch stated, “The State of Israel is a country that abides by, and enforces, the law, and will continue to take determined action against those who violate the law.”

“This was a shocking and unacceptable act which any sane person, certainly in a strong and democratic country such as the State of Israel, must strongly condemn,” he added.

Israeli Prime Minister Benjamin Netanyahu expressed his condolences to the Abu Khdeir family and pledged to bring the “perpetrators of this horrific crime” to justice who “will face the full weight of the law.”

“We do not differentiate between the terrorists and we will respond to all of them, wherever they come from, with a firm hand. We will not allow extremists from wherever they come to ignite the region and shed more blood,” Netanyahu vowed.

“I know that in our society, the society of Israel, there is no place for such murderers. And that’s the difference between us and our neighbors. They consider murderers to be heroes,” the prime minister stated. “They name public squares after them. We don’t. We condemn them and we put them on trial and we’ll put them in prison.”

Outgoing Israeli President Shimon Peres said, “If a Jew kills they will be put to court like any other criminal, there is no privilege, the law is equal to all and all are equal before the law. On that there is no compromise. We do not distinguish between blood and blood.”

Peres condemned the killing of Abu Khdeir, calling it “reprehensible.”

“It is our responsibility to secure life and to punish those who take it away from others. We’re a nation that is not looking for war; peace remains our strategic, historic and moral preference,” he said.

The president stated that Israel, a “proud democracy,” would bring down the full weight of the law on the suspects and made clear that decisions in the state are “taken by the majority through ballots, not by the minority with bullets.”

“By taking the life of a young Palestinian as an apparent act of revenge, they have desecrated God’s name and, at the same time, done nothing to ease the immense suffering of all those who mourn the tragic murder of the three Israeli teenagers,” he stated.

“By seeking to take the law into their own hand, they have undermined the authority of the state. And by the very nature of their crime, if convicted, they deserve the harshest possible prison sentence. No citizen in a democratic country, and Israel laudably is just such a country, is above the law,” Harris made clear.

Anti-Defamation League National Director Abraham Foxman said that he was “outraged and horrified that his heinous attack is believed to have been carried out by Israeli Jewish extremists.”

Heads of the Conference of Presidents of Major American Jewish Organizations released a joint statement expressing their “anguish and sorrow” over the death of Abu Khdeir.

“There is no justification for such a heinous attack by self-styled vigilantes,” they stated.