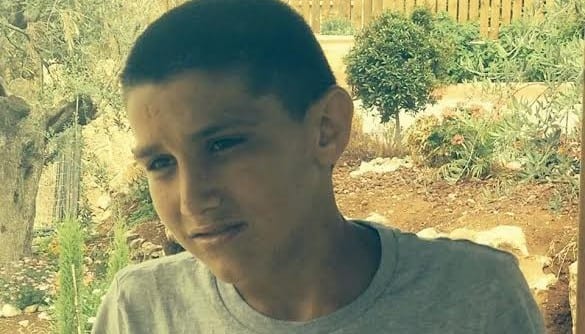 The Israeli Air Force conducted retaliatory strikes on Syrian outposts near the Golan Heights overnight Sunday after a 15-year-old Israeli citizen was killed and two others wounded in an attack which took place earlier in the day.

“The IDF targeted nine Syrian army positions in response to the earlier attack that originated in Syria killing an Israeli teenager and injuring two other Israeli civilians. The targeted sites include Syrian [regional] military headquarters and launching positions,” an IDF said in a statement.

Syrian forces reported that the command center belonging to the 90th Brigade of the Syrian Army, located in Quneitra, was hit in the strike. Syria’s Deputy Foreign Minister Faisal Mekdad called on the United Nations to take action against Israel, saying Israel has violated the 1974 ceasefire agreement in the Golan Heights.

Earlier Sunday, Arab Israeli teen Mohammed Karaka was killed by artillery fire as his father, a civilian defense contractor working on a border fence with Syria, was severely wounded in the attack. IDF tanks immediately responded with artillery fire towards Syria, hitting sites where the mortar fire emanated.

The IDF Spokesperson’s Unit said that Sunday’s attack on Israel was a “continuation of a number of attacks in recent months against IDF forces near the border in general and this area specifically.”

“The IDF will act with determination at any time and in any way it sees fit to protest the citizens of the State of Israel,” the statement added.

Israeli Defense Minister Moshe Ya’alon stated after the IAF strike that it was holding Assad “responsible for actions conducted on territory under its control.” The defense minister vowed Israel would “react firmly and aggressively to any provocation or attack on our sovereignty.”

IDF spokesman Lt. Col. Peter Lerner characterized the attack which killed Karaka as “an unprovoked act of aggression against Israel, and a direct continuation to recent attacks that occurred in the area.”

Israeli Prime Minister Benjamin Netanyahu spoke with Fehmi Karkara, father of Mohammed, and offered his condolences. On Sunday, Netanyahu addressed Mohammed’s death as well as the kidnapping of three Israeli teens by Hamas terrorists, at the Jewish Media Conference in Jerusalem.

“Israel’s enemies are using every means, they don’t hesitate to attack civilians or kill children, as happened this morning. They don’t differentiate between the Jewish and non-Jewish citizens of Israel,” the prime minister said.

“As a people, our heart breaks at the kidnap of every child, at the killing of every child and I am sure that I speak for all of you when sending our condolences to the grieving family.”

The Syrian border has seen a recent flare up against Israel over the last few months. Earlier in June, an IDF outpost on Mount Hermon came under fire from Syrian rebels. In March, rockets landed near an IDF base on Mount Hermon.

Israel, which has been warning for several months of the increase in attempted attacks by radical Islamists against Israel, has caught numerous terrorists attempting to infiltrate the border from Syria.

In March, IDF soldiers were injured when a terrorist from Syria belonging to Hezbollah planted a hidden roadside bomb, exploding the bomb as an IDF patrol jeep passed by. After the attack. Hezbollah admitted that the attack was a botched attempt at kidnapping Israeli soldiers.