Behind the Lines: An ‘Islamic state’ is Born

Home » Behind the Lines: An ‘Islamic state’ is Born 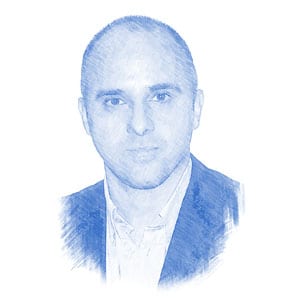 It’s too early to predict the results of the dramatic ISIS offensive in Iraq, but it is clear that the country is now in the midst of a full-blown sectarian war.

In a stunning and deeply significant development, the fighters of the Islamic State in Iraq and Syria (ISIS) organization this week captured the city of Mosul. They then moved on to take Tikrit unopposed and according to reports yesterday were headed toward the capital, Baghdad.

Five-hundred thousand people have fled Mosul in the wake of its conquest by the jihadis. The city, which has an Arab majority population along with large Kurdish and Turkmen minorities, is Iraq’s second largest. Its capture was the latest and most significant success in an offensive launched by the ISIS jihadis a week ago.

It also represents a calamitous defeat for the US-trained security forces of Prime Minister Nouri al-Maliki.

ISIS is the most brutal and best-organized of the jihadi elements that have emerged in Iraq and Syria over the last decade. It now controls a contiguous area of territory stretching from deep into western Iraq and including the cities of Mosul and Falluja, across the border into Syria, taking in the province of Raqqa, including its capital Raqqa City, and continuing until the border with Turkey. The movement has a presence as far as the southern suburbs of Baghdad.

The ISIS offensive into Iraq was well-planned, and its execution shows the extent to which ISIS sees its activities in Iraq and Syria as part of a single conflict.

The movement withdrew forces from outlying parts of Syria’s Idlib and Aleppo provinces in January.

At the time, this was presented by Syrian rebels as a defeat they had inflicted on ISIS, but eyewitnesses confirmed that hardly any fighting took place.

The offensive operations against the Kurdish YPG militia in the Kobani (Ayn al-Arab) area also tailed off.

The reason is now clear: ISIS was withdrawing forces and consolidating the western border of its “Islamic state,” in order to focus on expanding the eastern border deep inside Iraq.

The “Syrian” civil war long ago burst its borders, to become a sectarian conflict taking in the territory of Syria, Iraq and Lebanon. ISIS’s tactical offensive has cast this fact into bold relief.

It is also, by necessity, bringing about cross-border cooperation between those elements targeted by ISIS.

The area to the north of ISIS’s “Islamic state” is controlled by the Kurds. But relations between the Kurdish Regional Government (KRG) of Massoud Barzani in northern Iraq and the (PKK)-associated PYD’s three areas of control in northern Syria have worsened in recent months. Intra-Kurdish violence has not occurred, but the KRG has kept the border between the two areas tightly sealed – leading to PYD accusations that the KRG’s close strategic relations with Turkey were causing it to support the Turkish position against Syria’s Kurds.

The ISIS offensive appears to have repaired relations between the two Kurdish areas.

The latest gains by the movement in Mosul bring it within a few kilometers of the first checkpoints of Barzani’s Peshmerga forces. Thus, there is a common ISIS-Kurdish border stretching across PYD and KRG-controlled areas.

The result: YPG and Peshmerga commanders have conducted meetings at the border crossings over the last few days, to coordinate their defensive actions against ISIS. The Samalka border crossing, closed for three months, was opened this week to allow refugees to travel back to Syrian Kurdistan, according to Wladimir van Wilgenburg, a Dutch journalist and researcher at the Jamestown Foundation, currently reporting in Iraq and Iraqi Kurdistan.

So the cross-border Islamist entity is facing a renewed Kurdish alliance to its north. But what of the Baghdad government? Maliki’s armed forces may have performed atrociously in recent days, but he remains part of the Middle East’s single most powerful functioning alliance – the Iran-led regional bloc.

The emerging reality in western Iraq creates difficulties for the Iranians. Their client in Damascus, the Assad regime, has largely recovered its fortunes in recent months. Aided by Iran’s Revolutionary Guards Corps and Hezbollah, Syrian regime forces are close to encircling rebel-controlled eastern Aleppo.

This little-reported process is causing deep alarm among supporters of the rebellion. Should Syrian President Bashar Assad succeed in besieging and starving out Aleppo, this will definitively end the long stalemate between the regime and the Sunni rebels, possibly paving the way for a regime attempt to roll up the remainder of rebel-controlled Syria.

But even as one Iranian client triumphs, another – Maliki – has lost large portions of his territory to a jihadi force, in the opening moves of what could be a renewed sectarian war on the soil of Iraq. And while the Syrian rebels may be disunited and poorly organized, this is not true of ISIS – disciplined, determined and savage force.

This means that the Iranians may in the weeks and months ahead be forced to increase support and attention to their beleaguered client in Baghdad, even as he struggles to form a new government following the parliamentary elections in April.

Maliki’s declaration of a general mobilization is more likely to produce a Shi’ite sectarian military response, and hence continued sectarian fighting against a background of political paralysis.

Therefore, the key point is that the “Islamic State in Iraq and al-Sham” is no longer the name of a movement, or the expression of an aspiration. As of now, it is a descriptive term applying to a de facto sovereign space, taking in a large swath of western Iraq and eastern and northern Syria.

The powerful Iran-led Shi’ite alliance will in the period ahead undoubtedly seek to destroy this state.

The Kurdish entities to the north will seek to defend themselves against both sides.

The result of all this cannot be known. The reality is one of sectarian war over the ruins of Iraq and Syria.