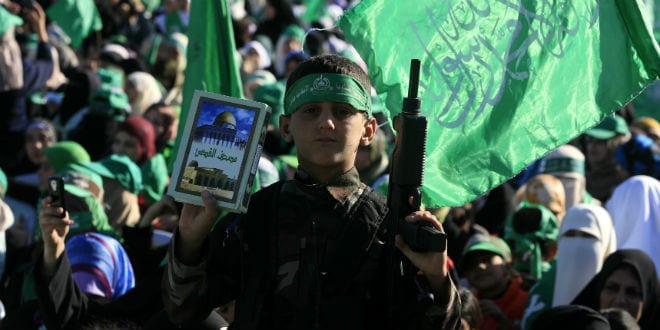 In her “humble opinion,” Zoabi said that the kidnappers had no choice but to abduct the three boys.

“It is strange that people who are under the Occupation and living the high life ignore the reality that Israel kidnaps Palestinian Arabs and jails them every day,” she argued.

“They are not terrorists, I do not agree with you! They have seen no other way to change their reality and they have to resort to these measures until Israel sobers up a bit and feels the suffering of others.”

Zoabi also slammed a distant relative of hers, Mohammed Zoabi, who courageously posted a video showing support for Israel and the kidnapped teens. The video, which went viral, led to several death threats towards the Nazareth based teen as well as commendation from Israel.

MK Zoabi denied she knew the teen but then proceeded to demean him. “He’s from a divorced family. His mother now lives in Nazareth Illit, where he studies at a Jewish school,” she said insultingly.

“I am surprised that a woman like you can still move freely around here, that is what surprises me.”

Before slamming the phone on Gal, Zoabi angrily replied, “Either I will continue to be interviewed, or I will not.”

Zoabi is known for her inflammatory views, including that “the Israeli occupation: was behind the terror attack against Israelis in Bulgaria and that Israel has “no right to a normal life.”